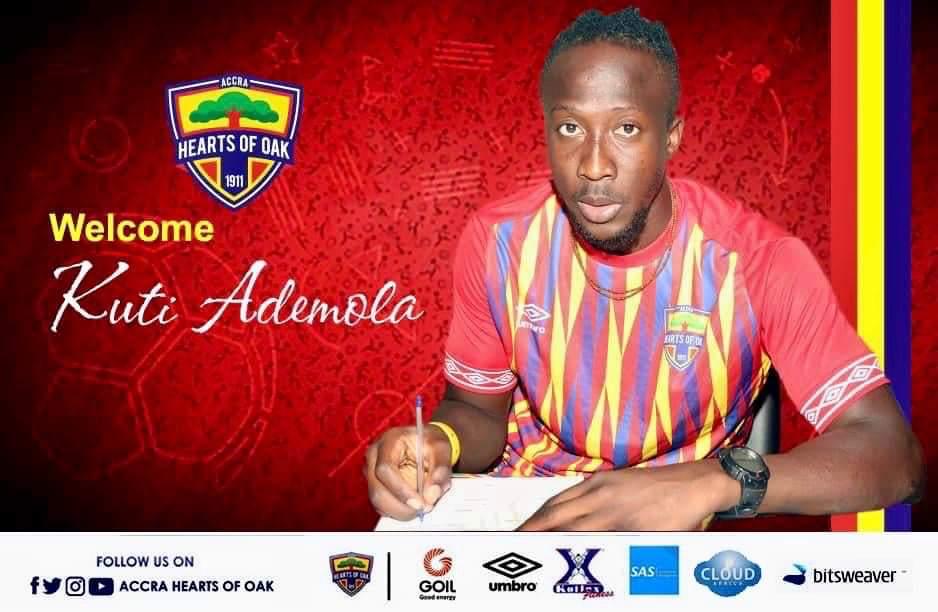 Hearts of Oak have finally confirmed the signing of Nigerian Ademola Kuti.

The striker has signed a two-year deal with the Phobians and is expected to feature when the league resumes.

He joins Isaac Mensah, Abednego Tetteh, Eric Dizan and Abdourahamane Mamane Lawali as the new players that have been signed by Hearts of Oak.

A statement on the clubs twitter account says, “Hearts of Oak is delighted to announce the signing of striker, Ademola Kuti. The lanky Nigerian professional has signed a two year contract with the club”