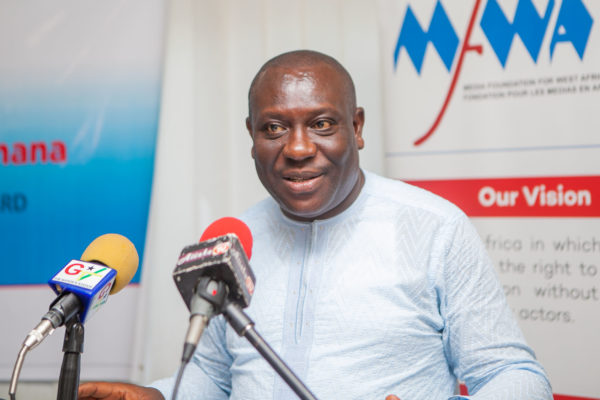 Accra Hearts of Oak have denied reports that the club have appointed the member of parliament and board member, Vincent Sowah Odotei has been appointed as the club’s new CEO.

There has been widespread media reports that the Member of Parliament for La Dadekotopon has been appointed as replacement fro Frederick Moore who resigned somewhere last week.

The club has in a statement released on Thursday and signed by Communications Manager, Kwame Opare Addo denied the report.

“The management of Accra Hearts of Oak Sporting Club Limited wishes to notify the General Public especially the sporting public that Hon. Vincent Sowah Odotei has not been appointed as the Chief Executive Officer of the club as speculated by a section of the media,” the statement read.

Vincent Sowah Odotei, a former CEO of the club and a board member was seen during the unveiling of Serbian trainer Kosta Papic as new coach thereby intensifying the rumours of his appointment.

“We also want to put on record that the Member of Parliament for La Dadekotopon who also doubles as the Board Member has not expressed interest in the position,” the club continued.

Below is the letter from Hearts of Oak