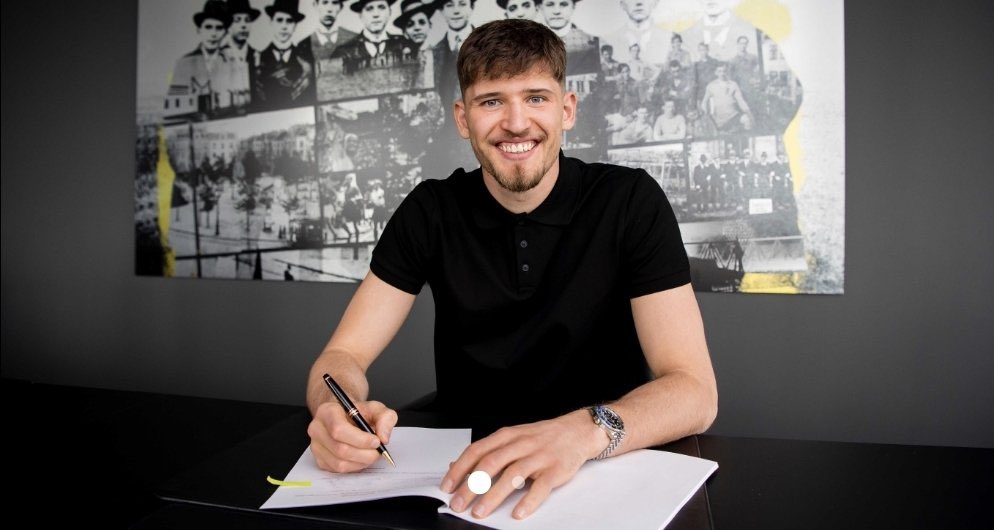 Borussia Dortmund have signed former Hoffenhem keeper Gregor Kobel, ahead of the new season, joining on a five-year contract.

Kobel is the first signing in the Marco Rose era at Dortmund, and will compete with fellow Swiss goalkeepers Roman Bürki and Marwin Hitz for the No.1 spot heading into the 2021/22 season.

“Borussia Dortmund is one of the largest and most famous football clubs in the world,” Kobel told BVB’s website. “A club that claims to fight for the championship title and the DFB Cup every year and to play in the Champions League. It makes me proud to play for BVB. I would like to contribute my part to the future Dortmund success.”

The 23-year-old shot-stopper impressed with Stuttgart during their first season back in the top-flight in 2020/21 keeping five clean sheets in his 33 league appearances.

“We’re very happy that Gregor Kobel has chosen Borussia Dortmund,” said Dortmund’s sporting director Michael Zorc. “We see great potential in it. Gregor’s single-mindedness, ambition and his consistency are remarkable, the profile of his goalkeeping game suits us.”

Kobel is a former Hoffenheim player who spent the second half of the 2018/19 season on loan at Augsburg before joining Bundesliga 2’s Stuttgart for the next season, which saw them earn promotion to the Bundesliga. Kobel made a permanent switch last summer and is now on the move once again coming to the Signal Iduna Park.

Kobel will represent Switzerland in Euro 2020 while Dortmund’s other goalkeepers Bürki and Hitz missed out on selection.

Chelsea to pocket €28m from AC Milan for Fikayo Tomori

Dear Madridista, I will always be one of you- Zidane depart Madrid with a teary letter