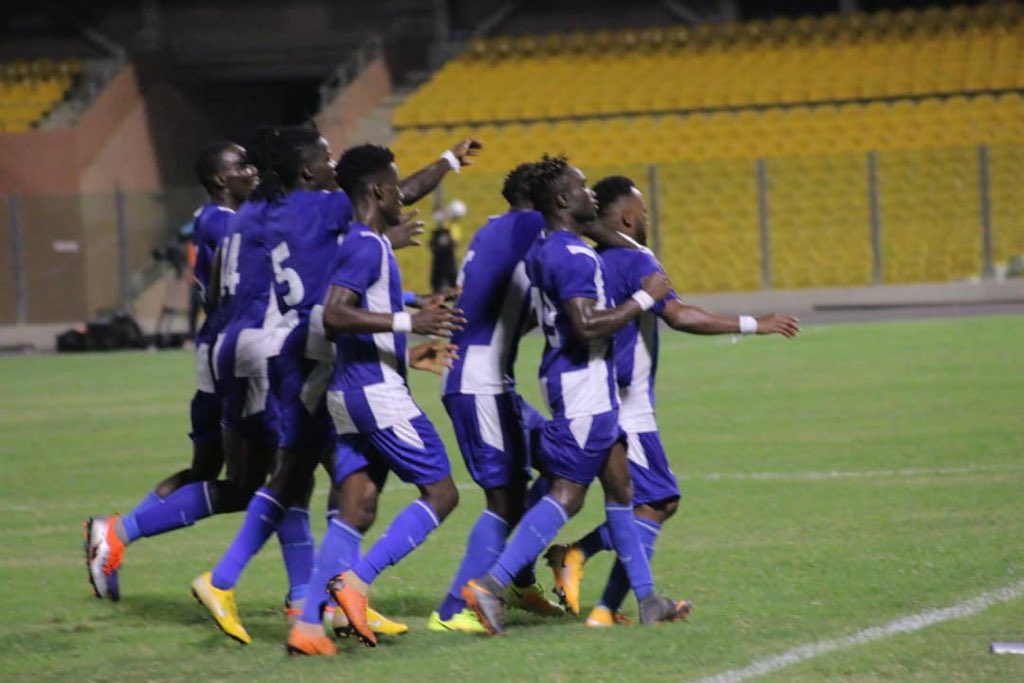 Great Olympics on Friday night posted a 3-0 win over Legon Cities FC at the Accra Sports Stadium to bag their maiden 3 points of the new football season.

The capital-based club looked rejuvenated last weekend when they earned a point on the back of a 1-1 draw against title contenders Medeama Sporting Club.

Today, Great Olympics hosted Legon Cities FC in a Matchday 2 encounter in a game that many felt could go any way.

Before the break, the home team displayed good form and took the lead in the final minutes of the first half courtesy of a strike from Gladson Awako.

Determined to get back into the game, Legon Cities FC had a strong start to the second half to search for a goal to restore parity.

Unfortunately, the Royal club was left exposed with Maxwell Quaye finding the back of the net from the penalty spot in the 53rd minute to give Great Olympics a 2-0 lead.

Later in the last 10 minutes of the game, Samuel Quaye scored in the 83rd minute to seal a resounding 3-0 win for Great Olympics.