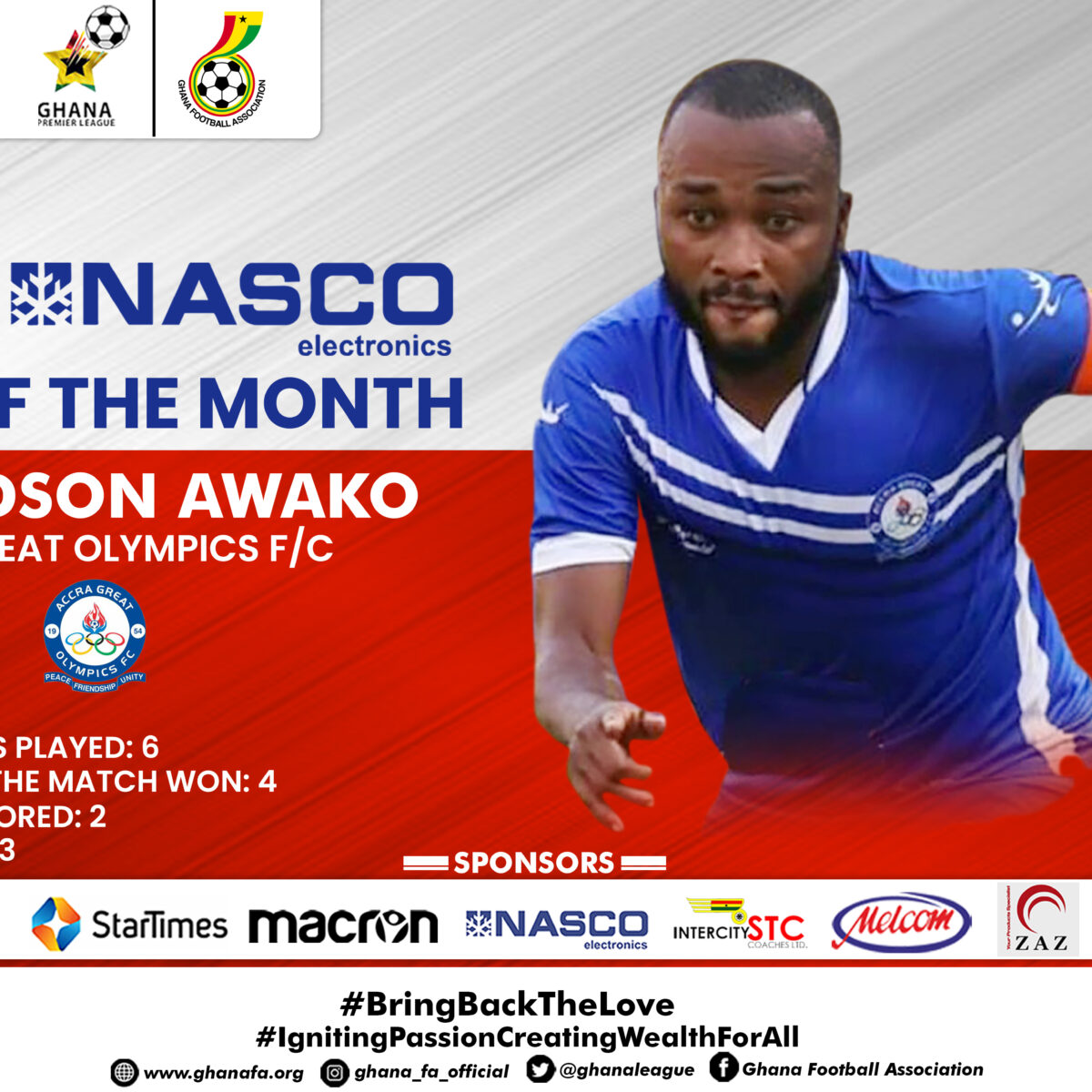 His outstanding form in the six matches under review (November –December) saw him featuring in all six games for the Wonder boys in December and got himself involved in 5 goals which earned him 4 MVP’s in the process.

He also won the NASCO Man of the Match award four times within the period.

For his award, Gladson Awako will receive NASCO Television and a personalized trophy from the award sponsors, Electroland Ghana Limited(NASCO).