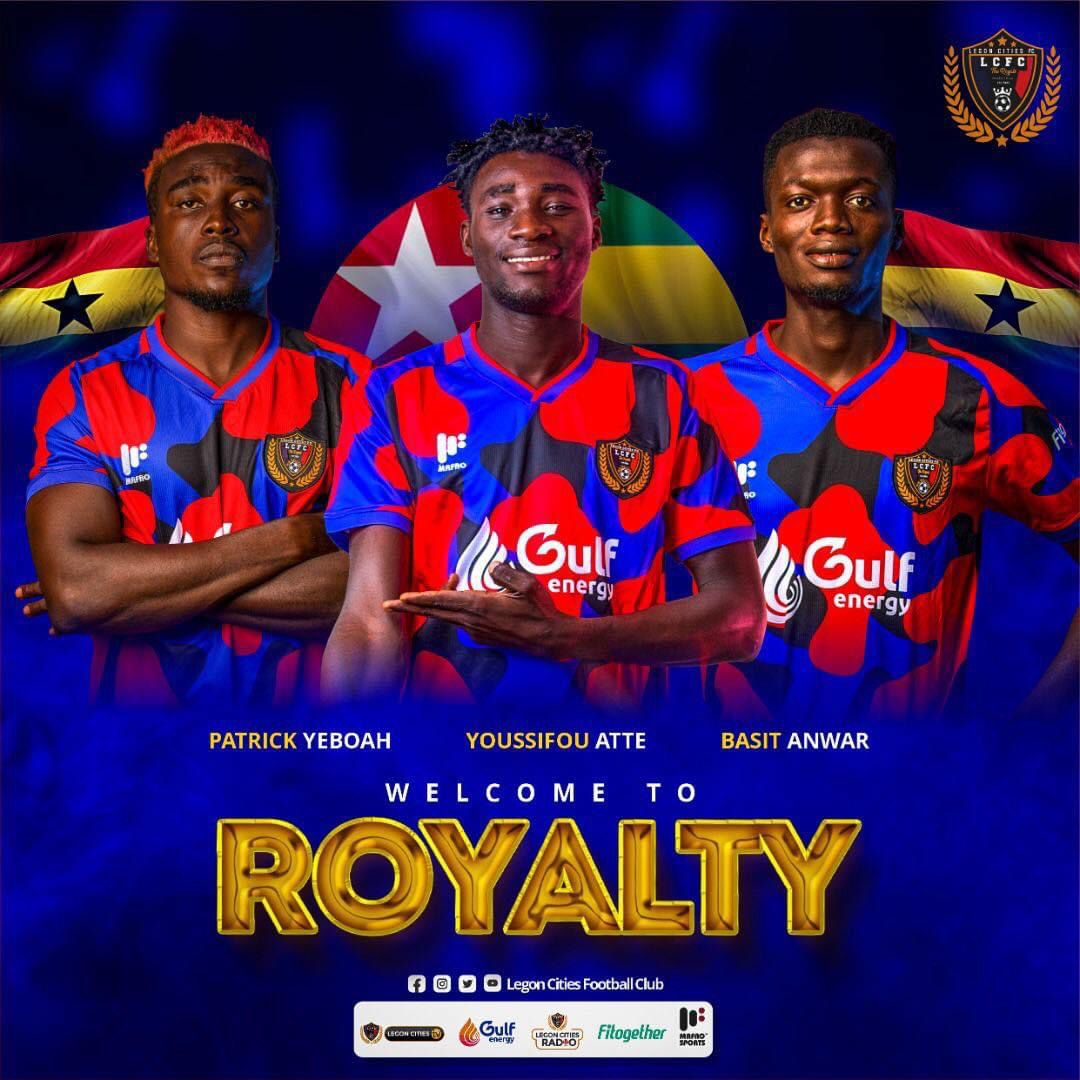 Legon Cities have beefed up their squad with three new acquisitions ahead of the second round of the Ghana Premier League.

Patrick Yeboah, Youssifou Atte and Basit Anwar join the Royals on a short-term contract till the end of the season.

The vastly experienced trio featured for Premier League clubs Medeama SC, WAFA and Accra Hearts of Oak respectively before making the switch to the capital to join the Accra-based club.

The Royals ended the first round on a high following a 1-0 victory over King Faisal and have lost only one of their last five matches in the league as they prepare to take on the defending champions Accra Hearts of Oak.

It is unclear whether the new signings will feature against the Hearts when the two sides meet on Saturday at the Elwak Stadium.