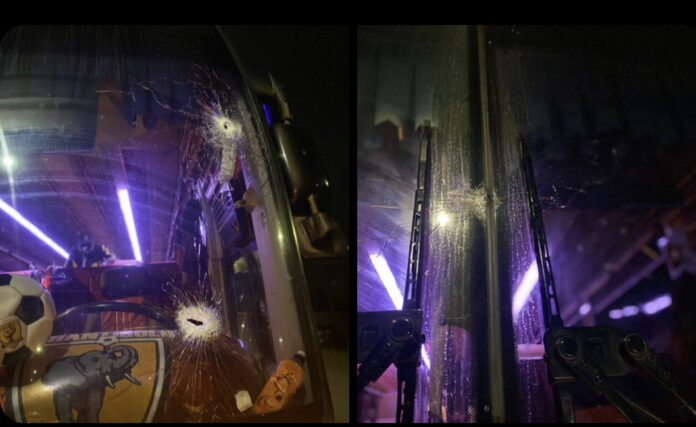 Ashanti Gold team bus was attacked on their way to Obuasi following their match week 21 fixture against Accra Hearts of Oak at the Accra Sports Stadium.

The Miners lost 2-1 to Hearts courtesy a brace from Daniel Afriyie Barnieh.

The visitors shortly after the match made their way back to Obuasi.

Their bus was however attacked by some suspected armed robbers at the Assin Endwa road.

The robbers fired gun shots at the team bus, damaging the bulletproof windscreen of the bus but there were no casualties involved as the driver managed to escape the scene.

”Thankfully no individual sustained any injuries. The entire team is currently safe in Obuasi”

Ghana vs Nigeria: Check this Black Stars alternative XI for the Play-offs