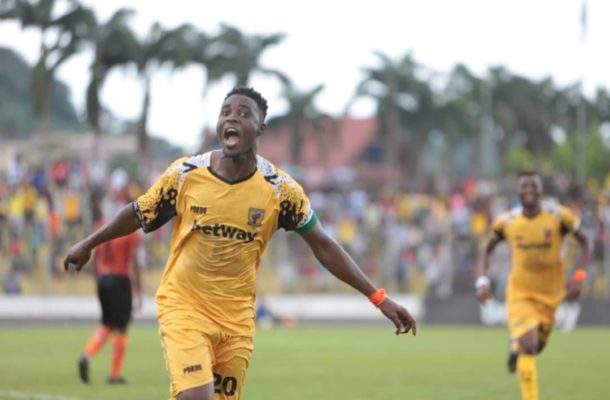 Former Asante Kotoko defender Godfred Yeboah has called on his former side to throw the sink at free agent striker Shafiu Mumuni.

He says If the club wants to compete at the top level they need players of the qualifty of the former AshantiGold SC captain in their ranks.

The striker parted ways with the miners after failing to agree on a contract extension following the expiration of his deal.

Earlier this week CEO of the club Emmanuel Frimpong disclosed that the striker does not figure in their plans going forward.

Yeboah has urged his former side to bolster their squad with the talented Shafiu Mumuni If they are to stand any chance of doing well in Africa.

Kotoko will represent Ghana at next season’s CAF Champions League following the annulment of the 2019/2020 Ghana Premier League season.

“Kotoko needs quality players to go to Africa. The board should go to His Royal Majesty Otumfuo Osei Tutu II and beg him {to lift the ban on signing of players} because the club needs the service of Shafiu Mumuni to help progress in the upcoming African campaign” he told Kumasi based OTEC FM.