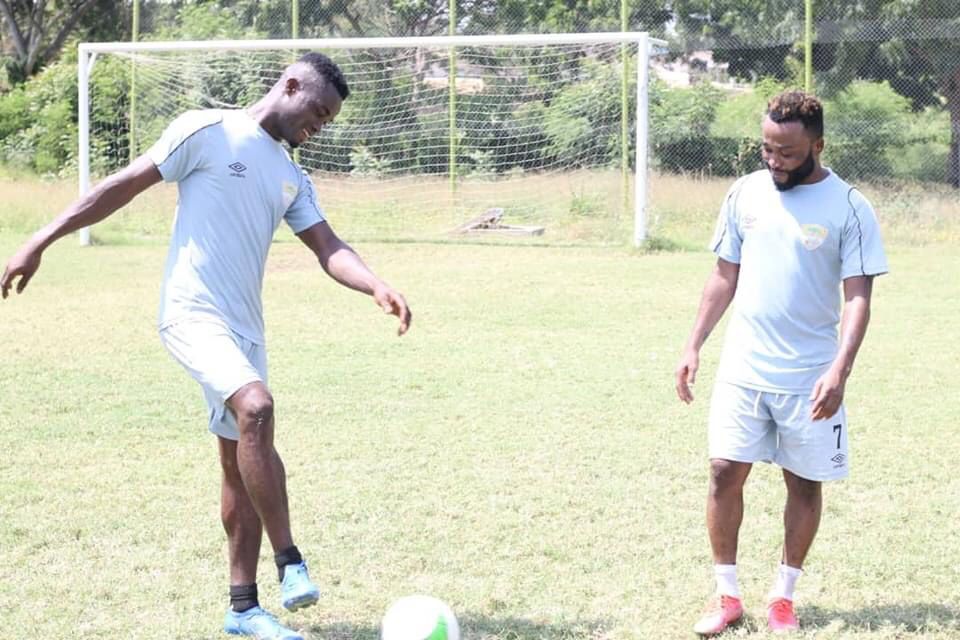 The former Olympics captain is yet to feature for the Phobians in a competitive game after signing a two-year contract with the club.

The player was reportedly contemplating quitting the club for reasons attributed to a spiritual attack and refused training with the Oak family.

His decision to quit training with the Club incurred the wrath of the coach and fans which coincidentally happens at a time that the club is enduring a poor run of form.

Awako, upon the intervention of the Teshie Youth chief, has since rescinded his decision and has joined his colleagues in training ahead of their CAF Confederation game against Algerian outfit JS Saoura at the Accra Sports Stadium on Sunday.

“He [Samuel Boadu] is a human, and can’t give in like that. Definitely there is pain, he is not happy with me, but we talk maybe with time, he is going to be fine and everything will also depend on me to give in what he expect of me”, Awako told Juliet Bawuah in an interview on TV3.

“If he thinks today he want to feature me in a game , then I need to give in everything he expect from me, and that will in a way let him feel relieve and he can have that relationship with me”, he added.

"The level of Tottenham is not so high'': Spurs coach Conte reveals after shocking defeat to NS Mura in the Europa Conference League

'Kotoko match not too special': Karela midfielder Umar Bashiru speaks ahead of clash against Kotoko