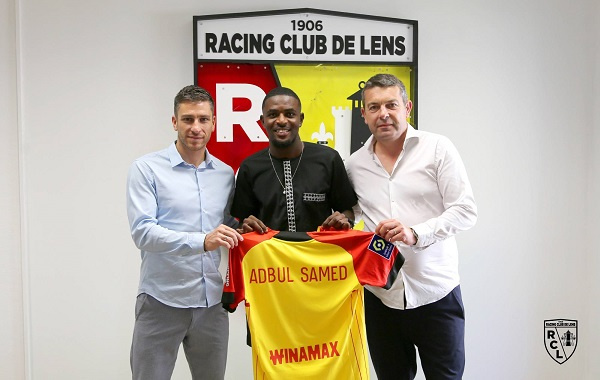 The Ghanaian defensive midfielder joined the Ligue 1 club for around €5 million plus add-ons.

Clermont have also negotiated a sell-on clause for the player, who was one of the top five players in Ligue 1 last season in terms of pass completion rate.

Florent Ghisolfi, the sporting director and a former player at RC Lens said: “We are happy to finalise the arrival of Salis, a player we have been following very closely for many months.

“He was our priority in this position: a player who has a lot of pace, a lot of running and a lot of intensity. Salis is a complete midfielder, influential in both defensive and offensive aspects, but with a lot of potential for development.

“His qualities, his commitment and his generosity make Salis a perfect fit for our project.”

The 22-year-old is an ideal reinforcement for Lens, who aim to better last season’s seventh finish in Ligue 1, in the upcoming season.

He was included in Ghana’s preliminary 2021 Africa Cup of Nation squad but missed out on the final list due to injury.