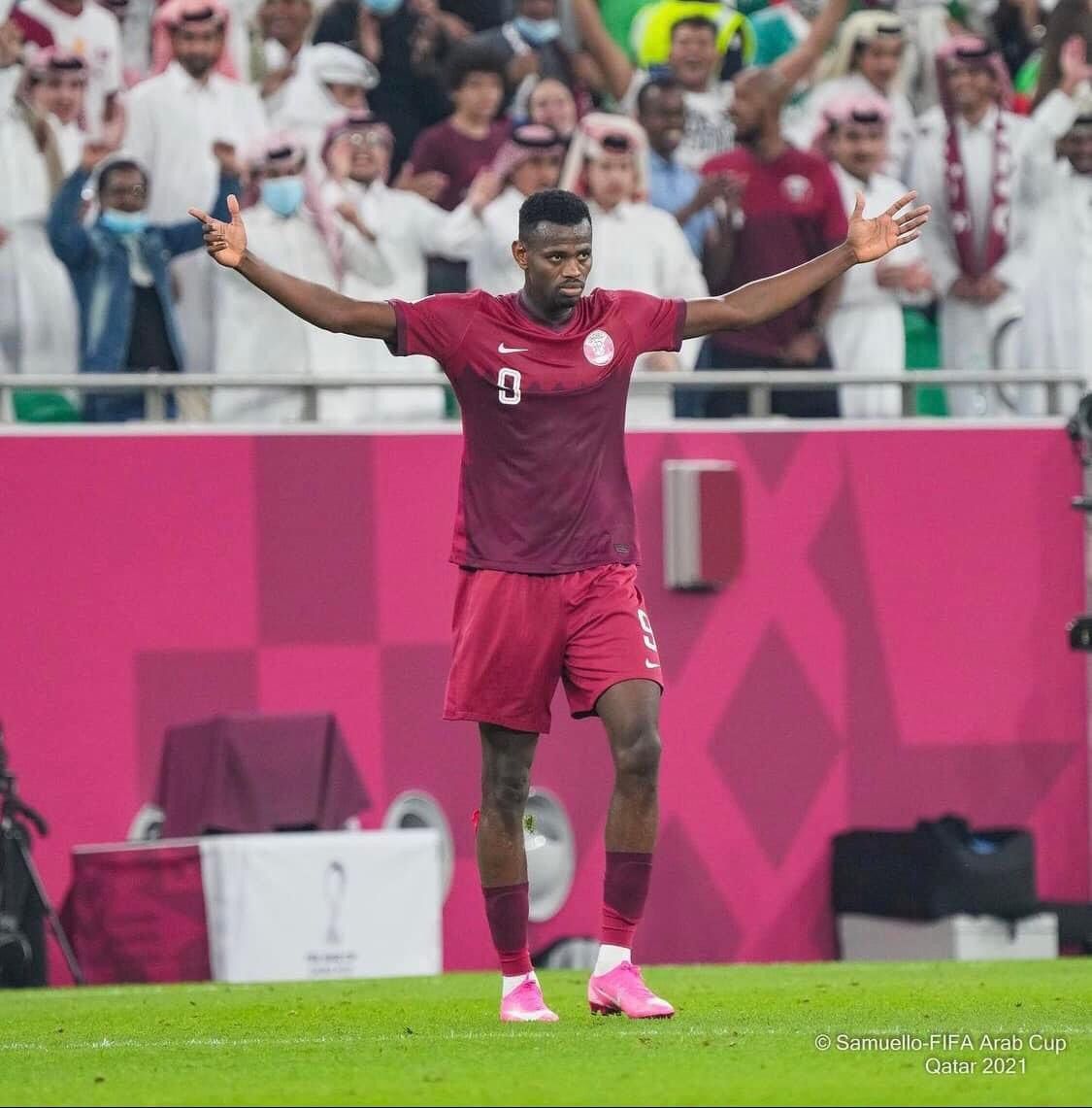 Ghanaian born Qatari Mohammed Muntari was on target for Qatar in the FIFA Arab Cup as they lost dramatically in the Semi-finals to Algeria.

Muntari scored in injury time of added time to draw parity for the Hosts after Algeria took the lead 15 minutes after the break.

Algeria however had time to score a late winner through the spot-kick to set up an all African finals against Tunisia.

Muntari’s goal is his 12th for Qatar since switching Nationality to the Arab Country in 2014.

The Al-Duhail forward has been capped 36-times since making his debut against Estonia in an International friendly.