Ghana Premier League[Video]: Player reveals reason for deliberately scoring in his own net 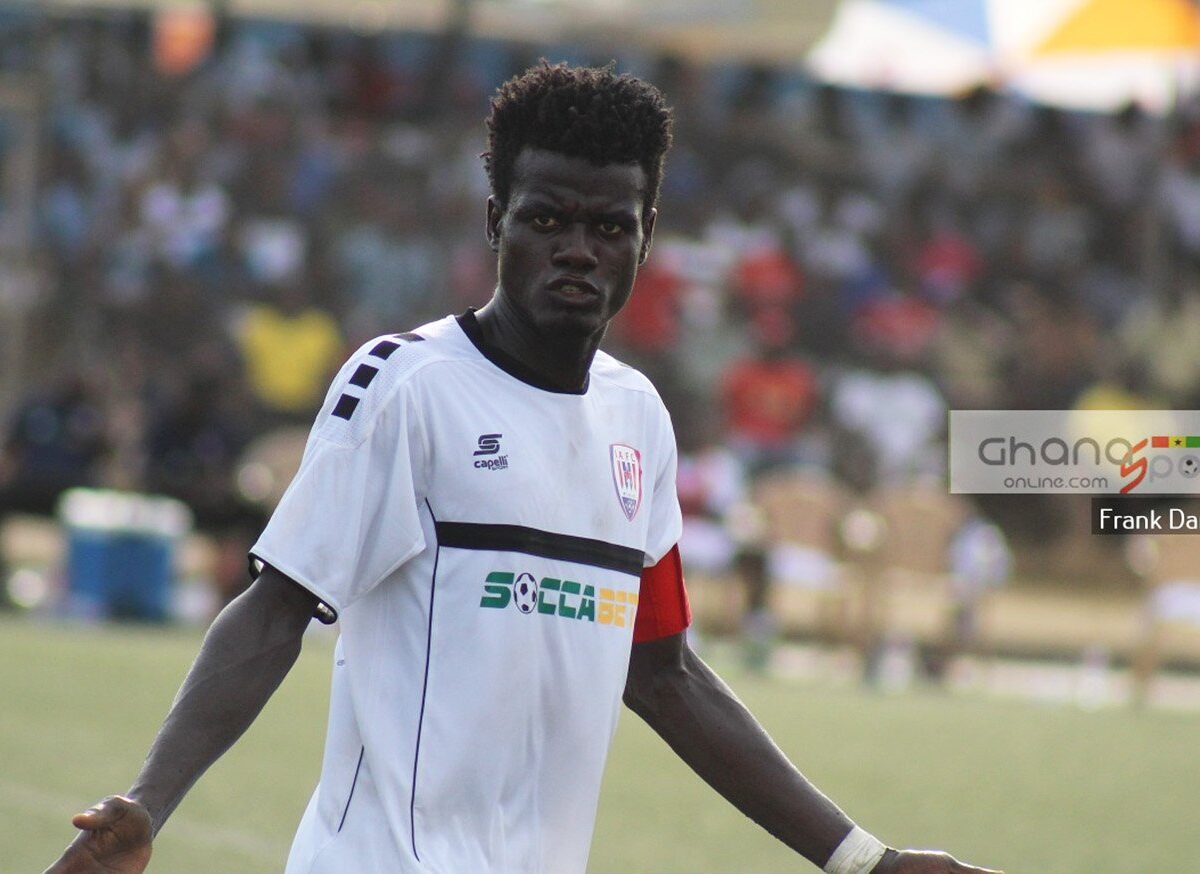 Football fans across the country were shocked after a video of an Inter Allies player, Hashim Musah went viral after the player deliberately scored in his own net in their final game of the Season against Ashanti Gold.

Inter Allies who had already been relegated before the game lost 7-0 to Ashanti Gold at the Obuasi Len-clay Stadium.

The defender who was a second half substitute has since revealed he scored both goals after learning of an apparent betting scheme involving top officials of Ashanti Gold.

Speaking in a radio interview with Kumasi FM, the player revealed his 78th and 82nd minute own goals were as a result of an information he had picked that the game was scheduled to finish 5-1 in Ashgold’s favor, and his dislike for betting forced him to put the ball at the back of his net at the time the home-team were leading by 5-0 to ruin the bet.

“I heard it in our hotel that a bet had been made for a  correct score line of 5 goals to 1 against my club Inter Allies.

“I decided to spoil that bet because I don’t condone betting,”  Hashim Musah revealed in the interview

He said his technical team commended him for his actions after the game.

“After the game my technical team commended me for spoiling the bet they had staked.

I promised my coach that if he allows me to play from the bench I will spoil the bet. And after the game, my team congratulated me.”

Inter Allies, Ebusua Dwarfs and Ashanti Gold have all dropped from the top-tier of Ghana football.