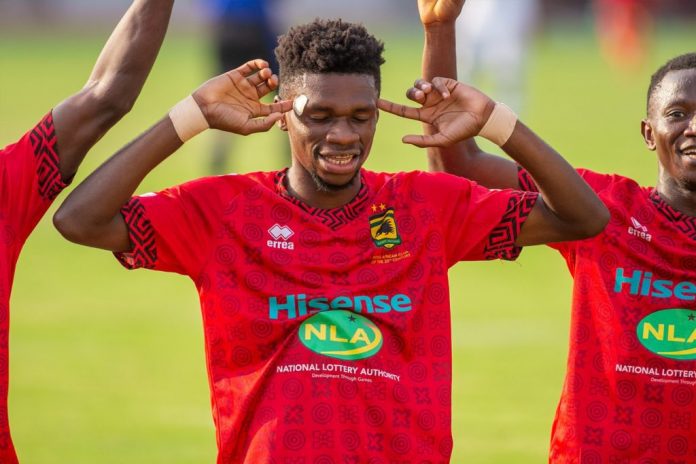 The Porcupine Warriors went into the week 12 round of fixtures on the same number of points with city rivals King Faisal with a game in hand.

Following a pulsating goalless draw in the first half, Mbella opened the scoring from the spot kick to break a resillient Ashanti Gold defense.

The Cameroonian added two goals in the space of six minutes to complete his hat-trick and put the game beyond the Miners.

Midfielder Elijah Addai scored a consolation for the Miners in the 85th minute.

Meanwhile King Faisal shockingly lost to Techiman Eleven Wonders to lose ground on their shock title charge while Aduana Stars, Legon Cities and Bechem United were all victors in a fascinating round of fixtures in the Ghana Premier League