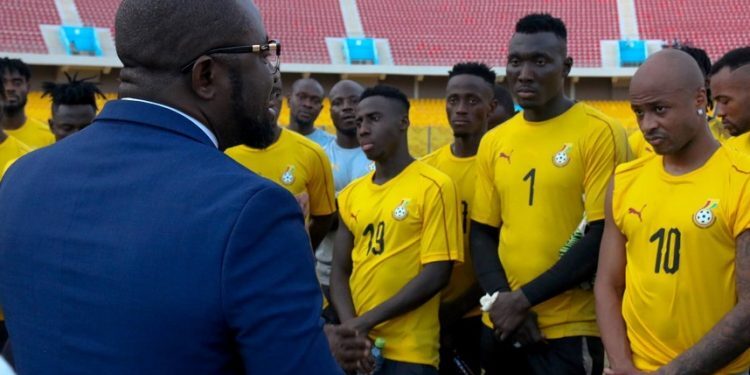 Ghana FA president Kurt Okraku says the Black Stars will not be underrated by any opponent at the 2022 World Cup.

Ghana eliminated Nigeria in the World Cup playoff on aggregate to qualify for the Mundial in March.

The team has been engaging in a series of friendly games as part of preparations ahead of the tournament.

According to Kurt Okraku, despite the Black Stars’ defeat to Brazil, the countries to play Ghana in Group H will not underrate the four-time African champions.

“The group is not easy, there are very good teams, but Ghana is not an easy rival either,” he told deia.eus.

Ghana will open their campaign against Portugal on November 24 at Stadium 974 in Doha.

Four days later, the Black Stars return to action with a clash with South Korea at the Education City Stadium in Al Rayyan.

Ghana will wrap up their group stage adventure with their much-anticipated encounter with Uruguay at Al Janoub Stadium in Al Wakrah.