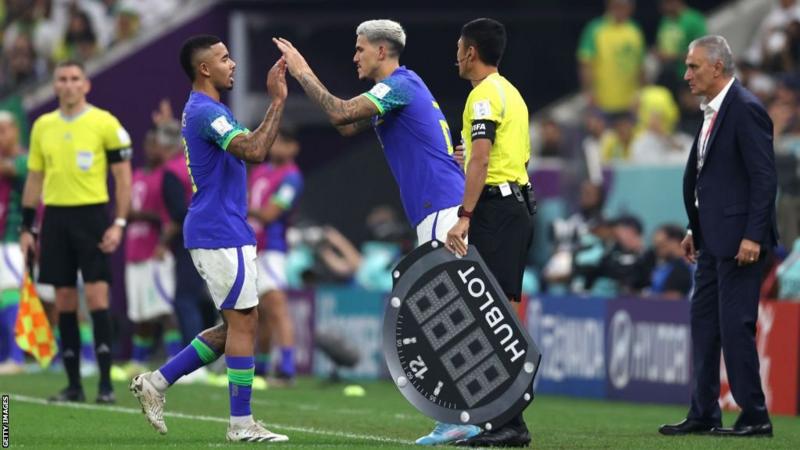 Arsenal forward Gabriel Jesus has had successful surgery on the knee injury that ruled him out of the remainder of Brazil’s World Cup campaign.

The 25-year-old and international team-mate Alex Telles both injured their right knees during Brazil’s 1-0 defeat by Cameroon on Friday.

It was his first start in Qatar after two earlier substitute appearances.

Arsenal said Jesus will now start a rehabilitation programme but put no timescale on his return.

“Everyone at the club is supporting Gabby and will be working hard to get him back on the pitch as soon as possible,” an Arsenal statement read.

Jesus has scored five goals for the Premier League leaders in all competitions this season after signing from Manchester City in the summer.

Brazil face Croatia in the World Cup quarter-finals on Friday after defeating South Korea 4-1  in the last 16 on Monday.