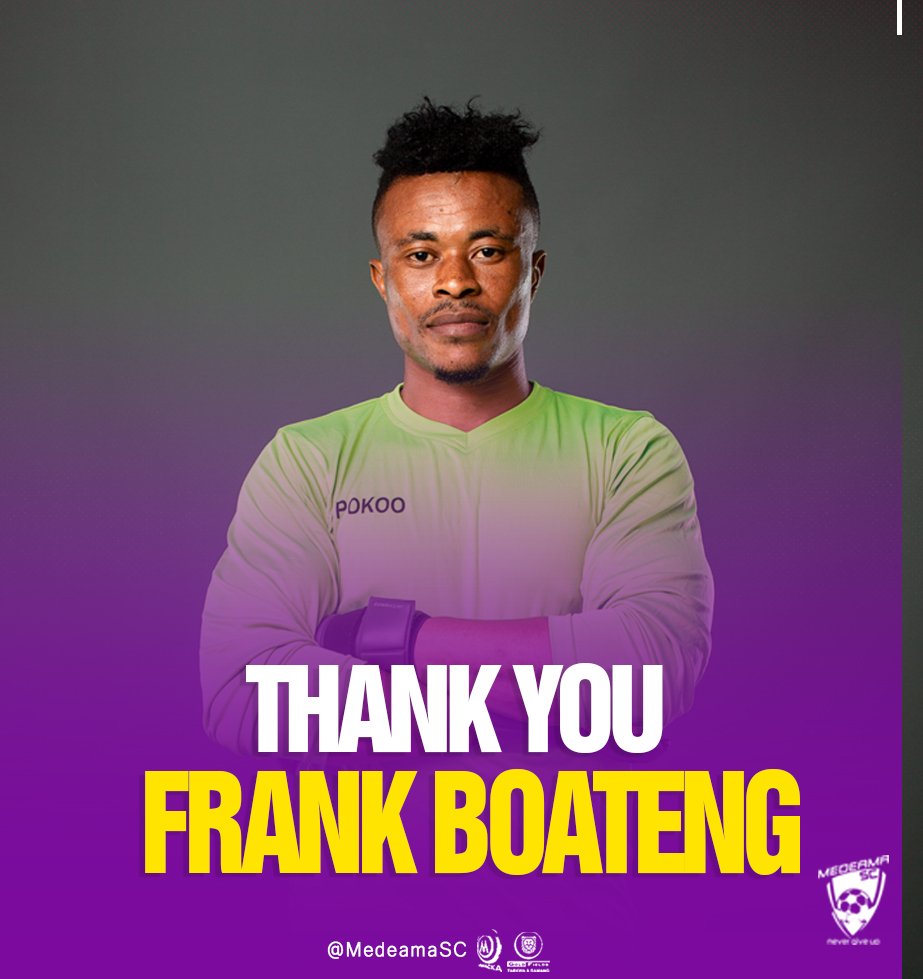 Meadeama goalkeeper Frank Boateng has left the Club after his horror show against Hearts in the semi-final of the MTN FA cup.

A club statement said both parties had mutually agreed to part ways and thanked him for his services during his spell at the club.

”We have mutually parted ways with goalkeeper Frank Boateng. The club would like to thank Frank for his services and wish him well”. the club posted on Facebook.

Frank Boateng spent only 10 months at the club after he joined them on a free transfer from Ashanti Gold.

The Mauve and Yellow boys finished fifth in the just ended league and a howler from Frank Boateng in the semi-finals of the FA Cup ensured that they finished the season trophyless.