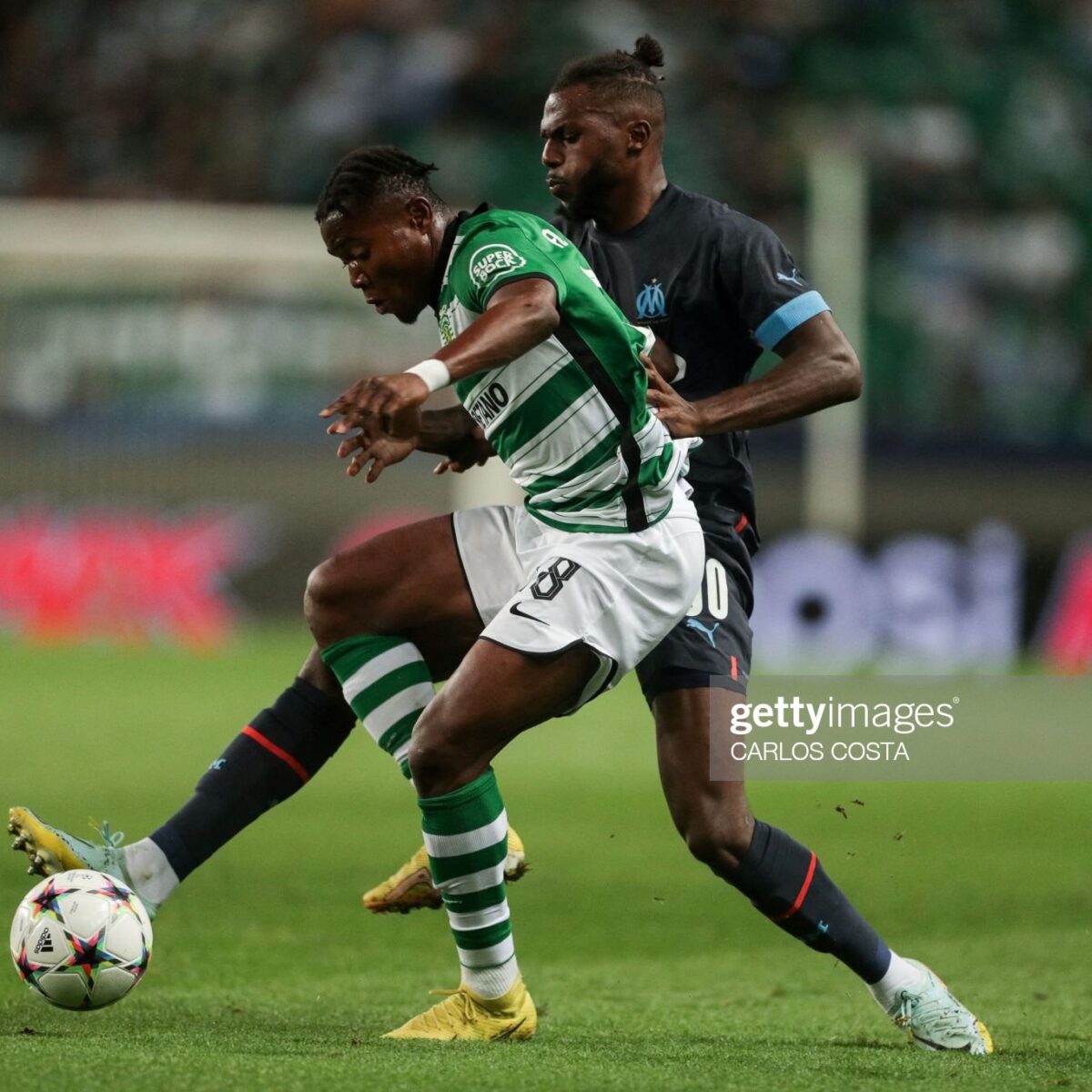 Fatawu Issahaku made his Champions League debut on Wednesday evening, coming on as a substitute for Sporting Lisbon.

The young Ghanaian winger came on in the first half of his team’s home game against Marseille at Estádio José Alvalade in Lisbon.

Issahaku came on shortly after defender Ricardo Esgaio was sent off for picking up two yellow cards in four minutes.

The former Ghana U20 international is in his first season with Sporting and is quickly becoming a favourite of the coaching staff.

He hasn’t played much, but coach Ruben Amorim thinks the former Steadfast player has a lot of potential to reach the highest level.

Issahaku made his debut for Ghana in late September, scoring a beautiful goal in a pre-World Cup friendly against Nicaragua.

The 18-year-old, who helped secure qualification to Qatar, is expected to be present when the tournament begins on November 24.

Issahaku was named player of the tournament when Ghana emerged champions at the 2021 Africa Cup of Nations tournament in Mauritania.

Kamal Sowah: Ghanaian sees red as Club Brugge hold on to reach knock out stages for the first time