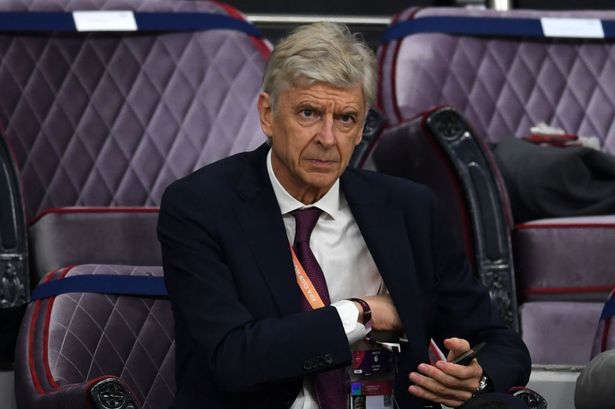 Former Arsenal Manager, Arsene Wenger has joined a growing list of individuals to oppose the idea of an European Super League.

Twelve clubs have signed an agreement to a breakaway league to rival the current Uefa Champions League format.

The contingents include six clubs from England, three from Spain and three from Italy.

The idea of a break away league has been widely condemned by footballs fans and some notable personalities including UK Prime minister, Borris Johnson and French President, Emmanuel Macron.

Arsene Wenger is the latest to add his voice to a tall list of individuals who believe Football is being ruined by some Plutocrats who are stealing the passion out of the game and denying it of its history.

“I would say that it’s a bad idea,” he told talkSPORT. “Football has to stay united. That is the most important thing, and based on sporting merits and overall to respect the history of European football.

“I believe personally that this idea will not go far.”

He added: “I believe as well there’s a more dangerous idea behind (it) that is a big threat for the Premier League. When I was still in charge there was a lot going on from other countries to try to diminish the dominance of the Premier League and a project like that would certainly accelerate that.

“I don’t know what’s going on (at Arsenal). That doesn’t change what I think. For me the most important thing – I tried for my whole life to keep unity in the game, and that football is played the same all over the world, and that it’s inside one organisation.

“I think it was the strength – football is the most popular sport in the world and this is one of the reasons . We have to fight to keep football simple, understandable and based on merits, and (so) everyone has the same chance and dream to be successful.”

[EXPLAINED] How will the new European Super League work?