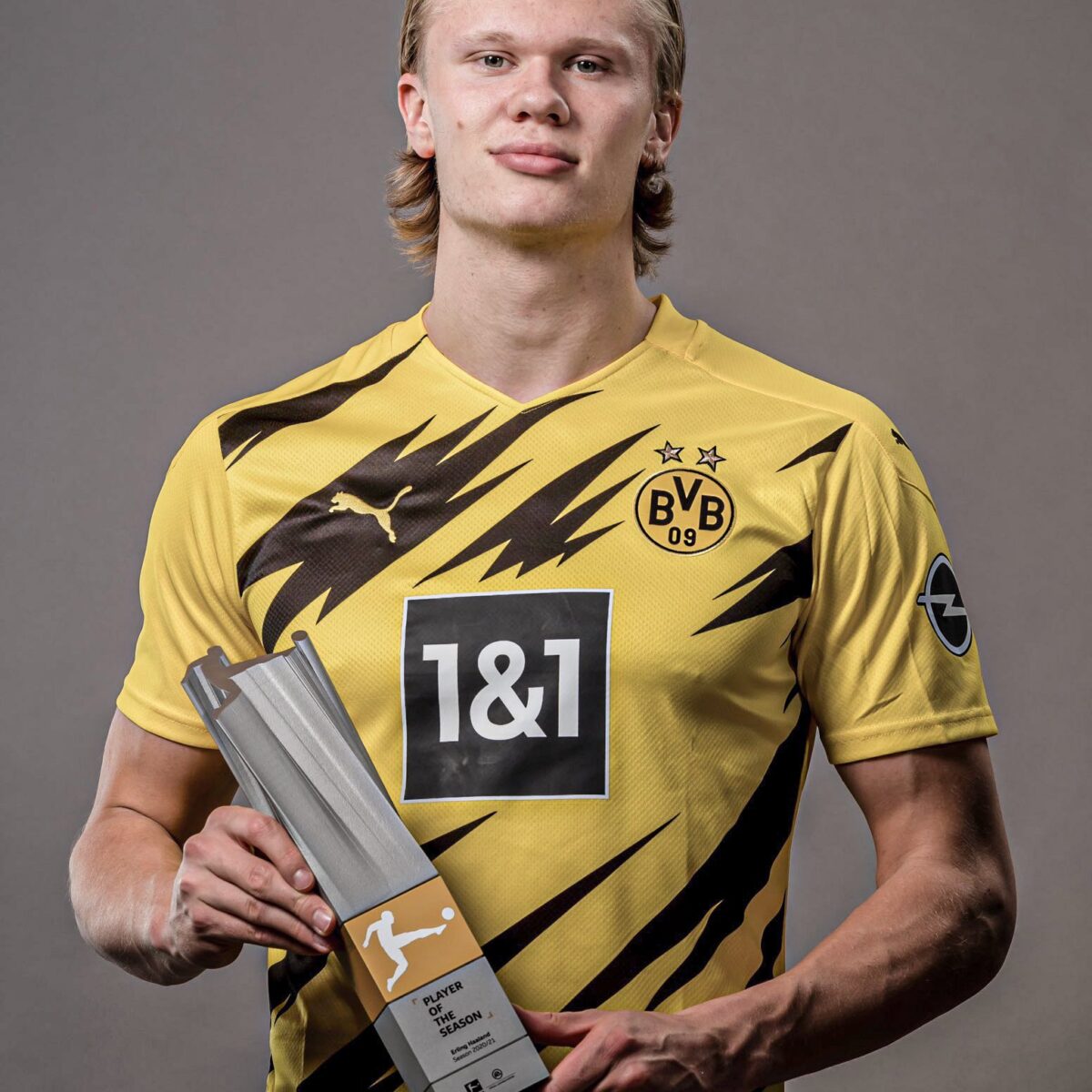 Borussia Dortmund striker Erling Haaland has been won the Bundesliga Player of the Year award after a fan vote.

“An honour to be awarded with the Bundesliga Player of the Season! An achievement not just for me but for the whole Borussia Dortmund family. We won this award together!,” Haaland posted on his Twitter account.

His compatriot Robert Lewandowski broke the legendary Gerd Muller’s 49-year Bundesliga goal record this season after scoring 41 goals but was wluded with the prestigious award.