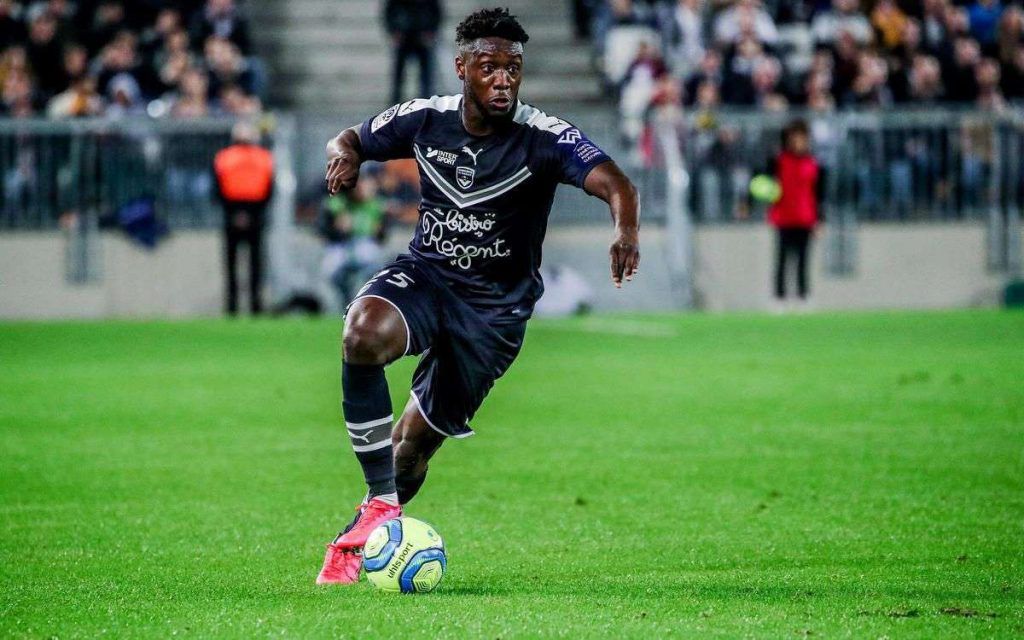 Ghanaian International Enock Kwarteng has drawn praise for his performances for Bordeaux in the French Ligue 1 this Season.

The 24-year old was impressive at right back as his struggling Bordeaux side lost 5-2 to Strasbourg.

The French born Ghanaian has represented France at the various youth team but is eligible to play for Ghana through his parents.

His performances for Bordeaux this season has drawn calls from certain section of Ghanaians to hand the player a call-up to the Black Stars ahead of the Nations Cup in Cameroon early next year.

Kwarteng was singled out for praise following their humiliating defeat to Strasbourg that left Bordeaux among the bottom three in the French Ligue 1.

”Watched Strasbourg vs Bordeaux in the French Ligue 1 yesterday. Enock Kwarteng was impressive at Right Back. Played in every French youth side and now 24”. Saddick Adams, former RTP award winner for best sports journalist wrote on twitter.

”Ghana needs a Right Back with strong presence and experience”. He added

The Black Stars have lacked options at Right Back and have mostly counted on Andy Yiandom who plays his club football for Reading in the second-tier of English Football.

The other notable right back in the squad is Dreams FC’s Philemon Baffour who doesn’t seem to be trusted enough to deputize for Yiandom.