Eddie Nketiah signs deal to stay at Arsenal until 2027 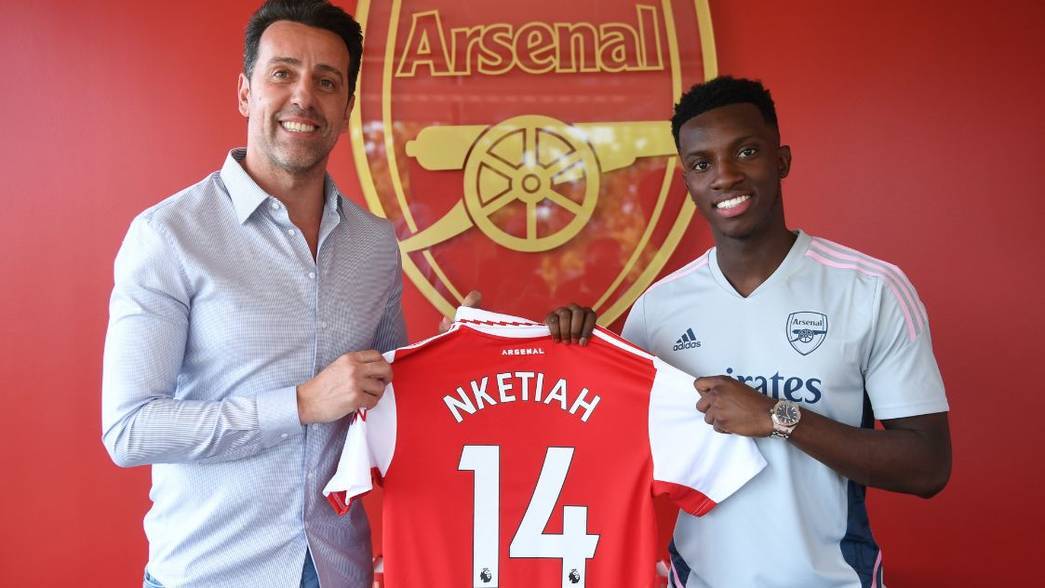 Arsenal striker Eddie Nketiah has agreed a new five-year contract with the Gunners.

The 23-year-old, who was due to be out of contract at the end of the month, has made 92 first-team appearances and scored 23 goals since his first-team debut in 2017.

“He represents what we are all about and all the values of the club.

“We are very happy that he has extended his contract and now we have to get to work and continue to develop the great talent and person that we have in him.”

The Londoner, who will wear the number 14 shirt next season, having previously worn number 30, marked his home debut with two goals against Norwich City in the Carabao Cup in 2017 and featured in the FA Cup and Community Shield-winning teams in 2020.

He is also the England Under-21s all-time top scorer with 16 goals in 17 appearances and captained the side at the 2021 European Under-21 Championships.

Arsenal technical director Edu, added: “The foundations of this squad are built on young talent and in particular those who have come through our Academy system.

“Eddie was released by another club as a young man but has always shown he has the attitude as well as the ability to become a top player.

“The fact he’s signed a new contract is an important part of our squad planning for next season and we’re all delighted.”