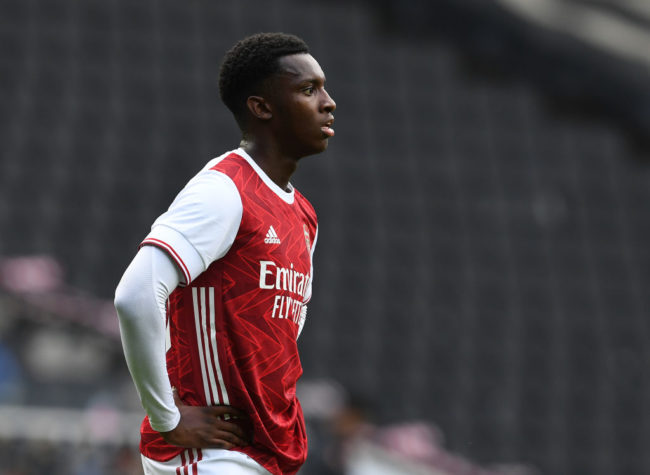 Arsenal forward Eddie Nketiah is expressed his displeasure about the minutes he’s offeredon the bench, he’s not happy being on the bench.

The 21-year-old striker scored in stoppage time to rescue a point for Mikel Arteta’s side against Fulham last weekend – but suggests he could enjoy a lot more great moments of he was getting minutes.

“It’s great to get on the scoresheet and salvage a point for the team,” Nketiah said via Goal.

“I think I had a very good first half of the season, I was getting a lot of games, but in recent weeks I’ve not played as much as I would’ve liked to.

“It’s been disappointing but I always work hard, prepare well and make sure I’m ready when I’m called on. It’s always nice when you get the chance to make sure you take it, and luckily I did,” the center forward concluded.