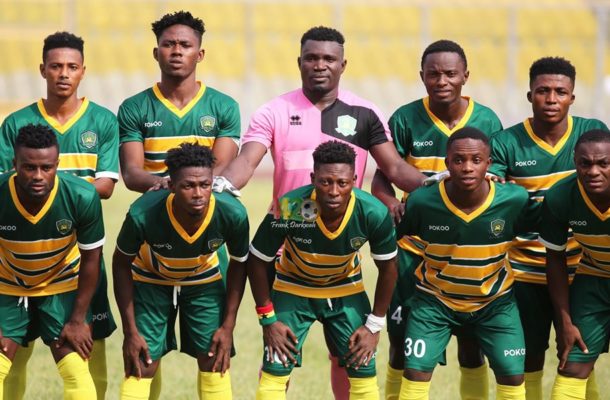 Ebusua Dwarfs have been the clearance to play in the 2020-21 Ghana Premier after the club conclusively settled their legal tussle with Great Liverpool FC over money owed the latter for the transfer of Patrick Villars in 2001.

A letter from the Registrar-General’s Department to the Ghana Football Association said Dwarfs were now officially out of liquidation and were free to play in the Ghana Premier League.

Last month, the RGD ordered the Ghana Football governing body to expel the Cape Coast based club from the Ghana Premier League or risk being cited for contempt of court.

The letter dated October 27, said the club was in official liquidation and therefore could not function as an operational entity.

In January 2019, a Cape Coast court ordered for the liquidation of the club following their failure to pay an undisclosed debt owed a lower division club Great Liverpool for the transfer of Patrick Villars.

Great Liverpool had dragged Dwarfs to court in an attempt to retrieve transfer fees for Villars who joined Dwarfs from Great Liverpool in 1999 before his onward transfer to Turkish club Trabzonspor in 2001.

See the Registrar-General’s letter below:

COVID 19: Aduana Stars vs Hearts of Oak matchday one game called off