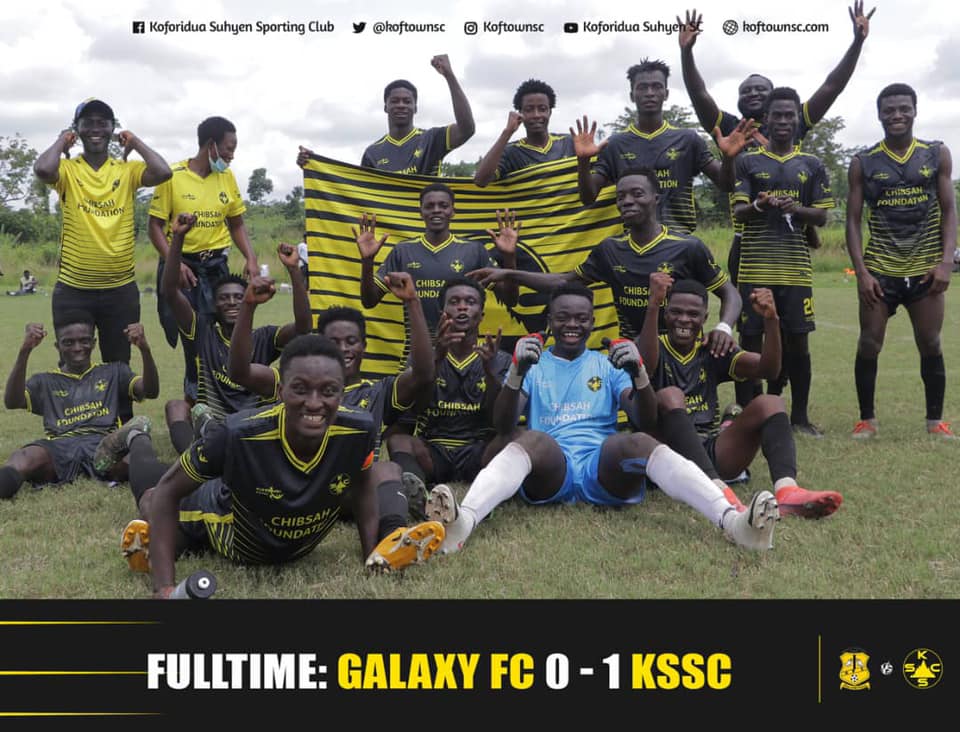 A goal in the dying embers of the first half ensured that KSSC resumed the second round of the Eastern Region division II league with a 1-0 win against Galaxy FC.

Frederick Tsumasi won a penalty in the 41st minute for the visiting team which was cooly slotted home by captain Issah Ahmed for his first goal of the season.

A resilient defensive display ensured that KSSC held unto their lead to stretch their unbeaten run to ten matches.

The result also means that KSSC have completed the double over Galaxy FC after beating them 3-2 in the reverse fixture in June.

Coach Oppong’s side have now recorded 28 points from a possible 30 to strengthen their grip at the top of the table.