Dr. Mahamudu Bawumia splash $10,000 to Hasaacas Ladies ahead of their participation in the Maiden CAF Women’s Champions League group Phase. 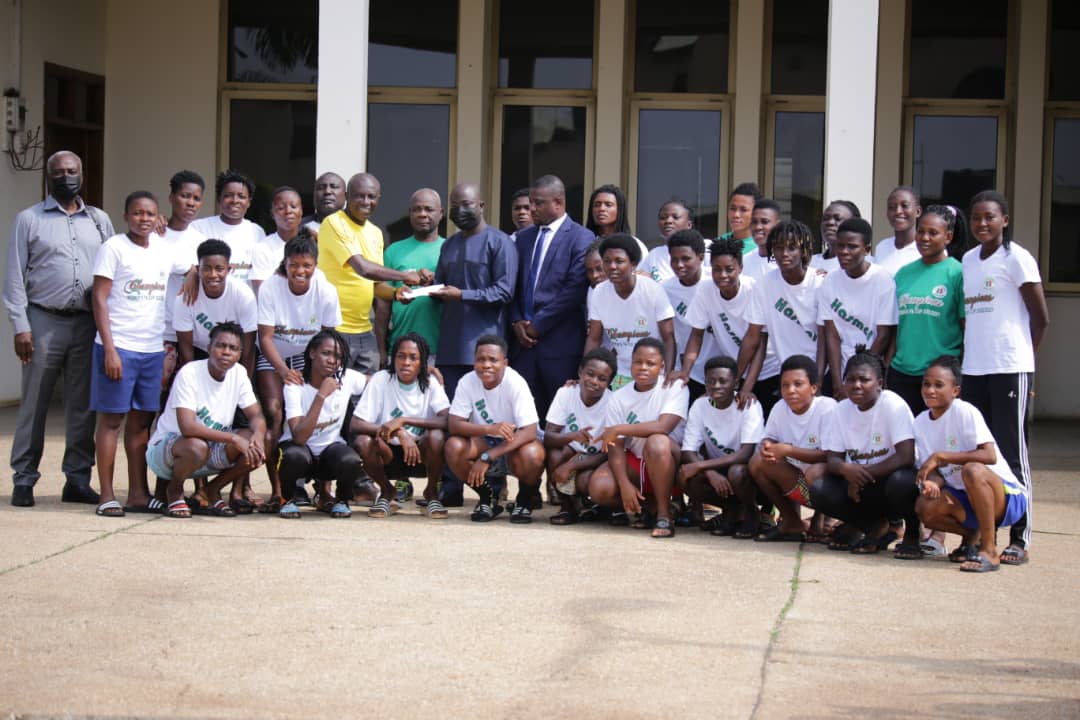 His Excellency the Vice President, Dr. Mahamudu Bawumia has donated $10,000  to Hasaacas Ladies ahead of their participation in the Maiden CAF Women’s Champions League group Phase.

The Ghanaian women champions, who will start their historic Women’s Champions League journey in the WAFU Zone B in Cote D’Ivoire this weekend, launched a public appeal for support.

Dr. Bawumia responded to their appeal on Monday morning with a  presentation of $10,000 ahead of their departure on Tuesday.

“On behalf of the Vice President, Dr. Mahamudu Bawumia, I present this amount of $10,000 Dollars to you. It is his response to the public appeal launched by the team for support towards your participation in the first ever CAF Women’s Champions League,”.

“His Excellency conveys his special message of goodwill to the entire team and he urges you to go all out and make yourselves and the country proud in Cote d’Ivoire.”

The management, technical and playing team of Hasaacas Ladies expressed their heartfelt appreciation to Vice President Bawumia for his surprise contribution.

“We are really surprised by this wonderful gesture by the Vice President, His Excellency Dr. Mahamudu Bawumia. We are really grateful to him for this kind support,” Head Coach of the team Yussif Basigi said.

The captain of the team, Janet Agyiri, on behalf of the playing body, also expressed gratitude to Dr. Bawumia and assured him and the nation that they would go all out and make the nation proud.

The President of the Club, Nanabayin Eyison, said the Vice President’s intervention, which he described as “gargantuan”, is the first response to their public appeal

Ibrahim Tanko on the radar of Nigeria's Enyimba FC