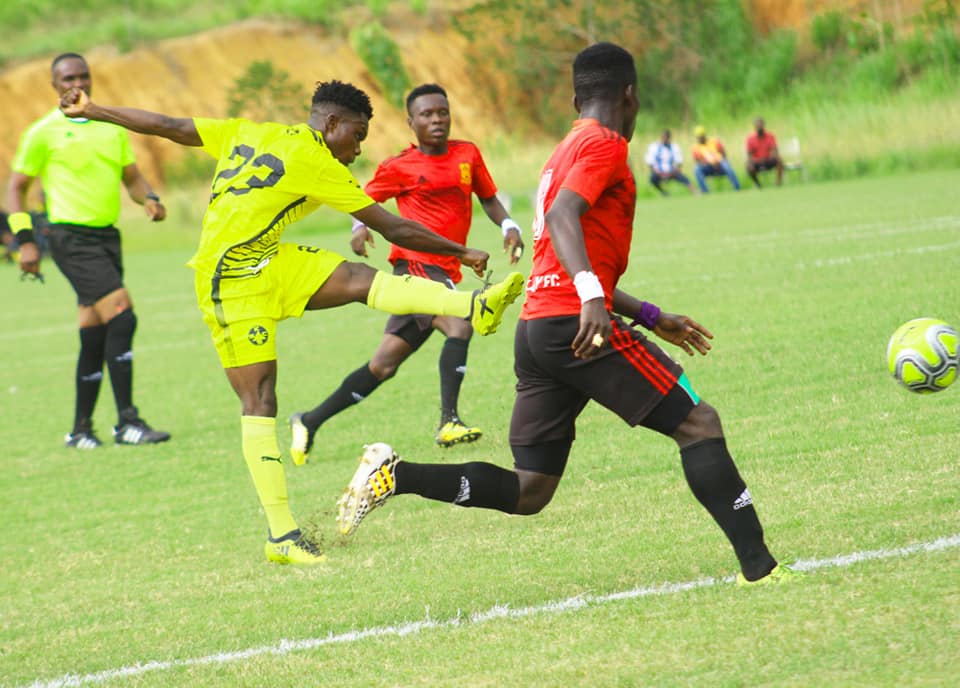 KSSC defeated Galaxy FC by 3-2 in a thrilling encounter at the All Nations park to mark their first game in the division II league which kicked off across the country on Friday 4th June, 2021.

Hundreds of people in the Suhyen Community marched to the All Nations Park to see Koforidua Suhyen Sporting Club(KSSC) in action in a competitive game for the first time since it was launched.

The ecstacy turned into frustration as the home side fell behind in the game. However Frederick Twumasi scored at the stroke of half time to draw them level at the break.

Galaxy FC for the second time in the game took the lead at the beginning of the second half and again Tsumasi pounced on a loose ball to equalize for KSSC to spare their blushes.

There was time for yet another drama as Tajudeen Jalil scored from distance to send the fans into party mood and give the home side all three points in a thrilling encounter at the All Nations Park in Akwadum.

KSSC will travel to Mampong park to take on Okere stars in their next game,