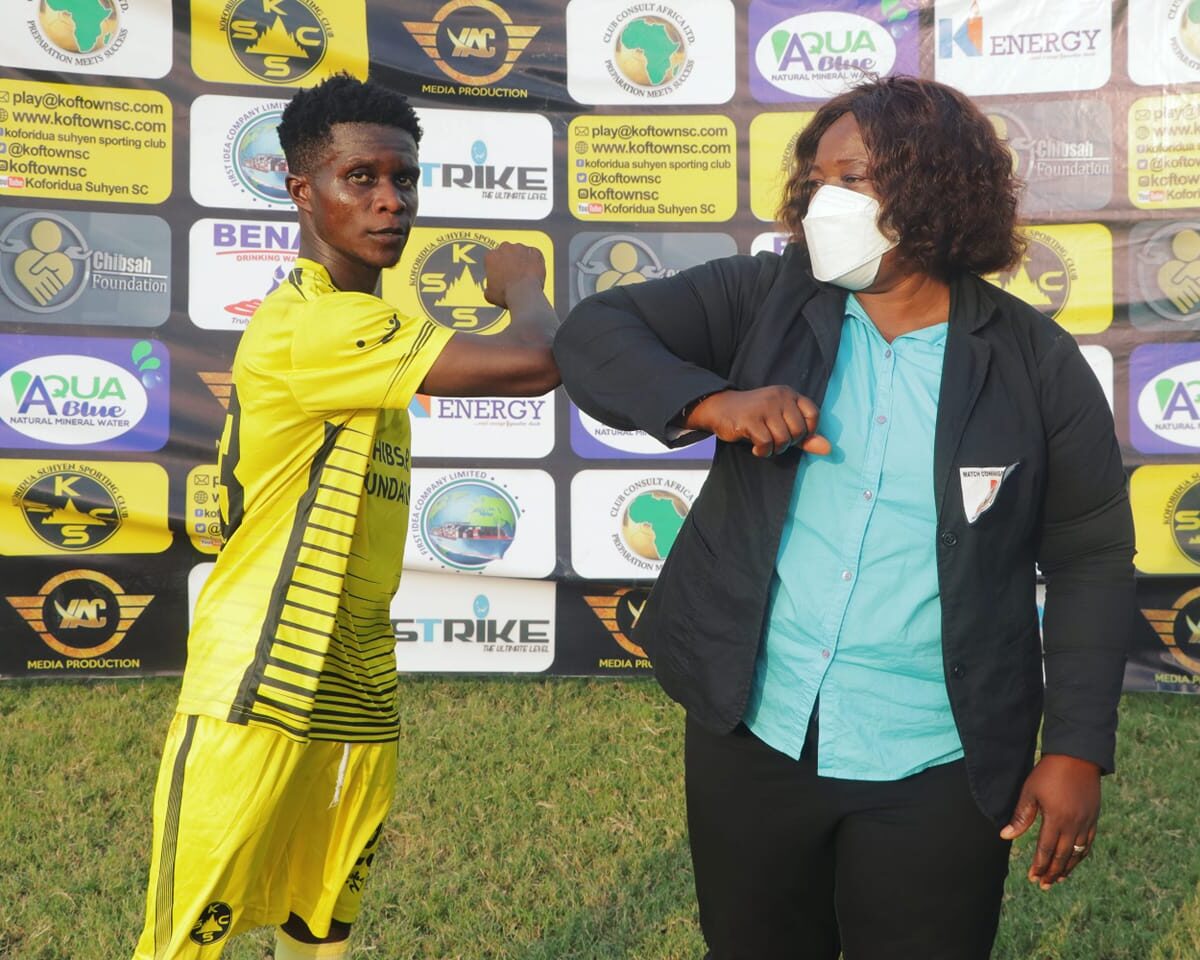 KSSC forward Lawrence Owusu has emerged as the man of the match in his side’s 4-1 victory over Eastern Rovers Football Club at the All Nations Park.

The forward bagged a hat-trick to help his side survive an early scare after they fell behind to a goal to the away side.

Substitute Bernard Sarfo added the fourth goal to complete the riot for Koforidua Suhyen Sporting Club and make it three wins in three games for the home side.

The home team have however failed to keep a clean sheet in two home games following their 3-2 victory against Okere Stars in their previous home game.

KSSC will travel to Mampong to play KwameKrom Bright Stars football club in their next game scheduled for Saturday 19th June,2021.