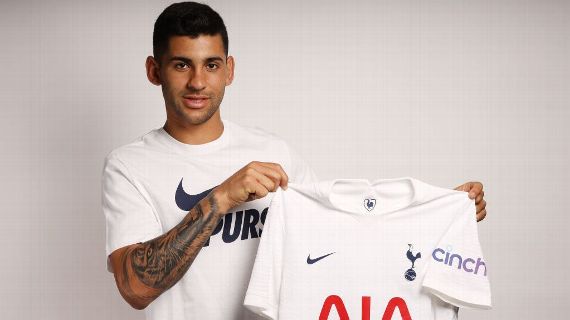 Tottenham Hotspurs have completed the signing of defender Cristian Romero from Atalanta which is estimated to cost €55 million ($65m) the club made official announcement on Friday.

The 23-year-old impressed at Atalanta as he helped Gian Piero Gasperini’s side to a third-place finish in Serie A. Romero was named Serie A Defender of the Year at the end of the 2020-21 campaign.

Romero in an interview said,”I’m very happy to be wearing this shirt and to come to this club,”

“I want to thank the fans for all the messages. You wanted me here and here I am!

“Now I’ll try and respond and repay all the faith that the club is showing in me. And I’m ready to start and give everything for this shirt.”

Romero joined Juventus from Genoa in 2019 but returned to his former club on loan. In the following season, he moved to Atalanta on a two-year loan with the option to make the deal permanent for €16 million.

He was also an important part of the Argentina side which won the Copa America — their first major trophy since 1993 — starting in the 1-0 final win over Brazil.

Romero, who will wear the No. 4 shirt, is new Spurs boss Nuno Espirito Santo’s third signing following the arrivals of goalkeeper Pierluigi Gollini, his former Atalanta teammate and winger Bryan Gil from Sevilla.