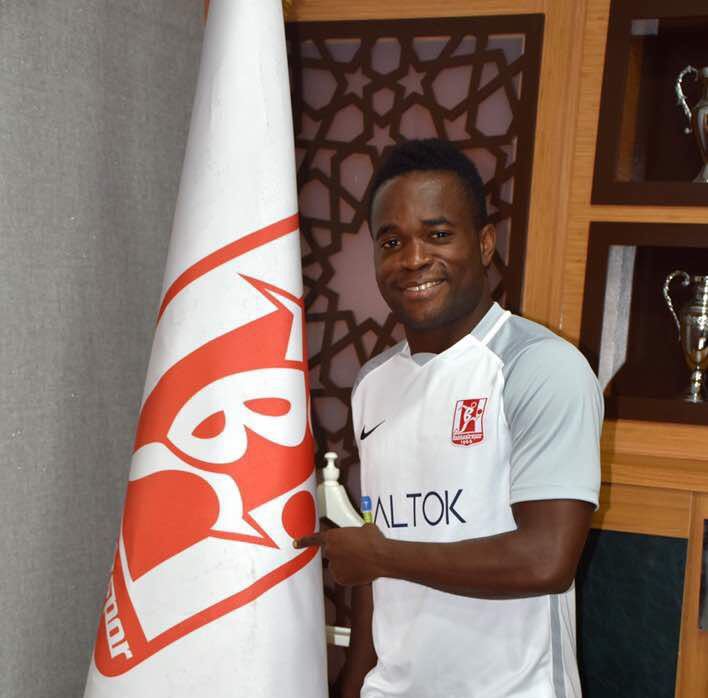 Coach David Duncan who has a vast experience in the Ghana Premier League for over a decade, coaching Ghanaian giants like AshGold, Hearts of Oak and Asante Kotoko has lined-up an interesting set of eleven players that will definitely spark a debate among lovers of the beautiful game in Ghana.

David Duncan in post settled on former Black Stars goalkeeper Fatau Dauda: Dauda had a successful career with Okwawu United and Ashanti Gold, during which he won the Ghana Premier League with the Miners in 2015. During his time on the domestic scene his impressive performance earned him a starting berth in the post of the Black Stars-he featured in the 2008, 2013 and 2015 Africa Cup of Nations (AFCON).

He chose him ahead of Sammy Adjei who is one of the finest goalkeepers to have graced the Ghana Premier.

Sam Johnson was a utility player, he could player in any of the four defensive role and he was sometimes utilised as a midfielder and a striker but David Duncan chose to play him as a right-full back. Johnson was one of the best defenders in the Ghana Premier League during his playing days with Hearts of Oak and became a consistent feature in the national team.

Aziz Ansah became a household name after he joined Asante Kotoko from Great Olympics. He helped th Kumasi giants to win the GPL in 2003 and he was subsequently voted the Sports Writers Association Player (2003) of the Year. He was one of the few local based players who managed to get a national team call-up . Ansah could support the attack with his surging runs and incisive crosses and his ability to trackback also gave much stability to the defence.

Frimpong Manso was a pillar in defence and a hard tackler. He was a good reader of the game and he was very good on the ball with his set-pieces. Manso captained Asante Kotoko to win the Ghana league in 1993 before the transition from first division to the Ghana Premier League. Mayanga as he was affectionately called was a tough defender to deal with and gave most attackers a high time.

Emmanuel Armah was a robust and a hard tackling defender. His tackles put fears in a lot of strikers during his heydays. He had a similar quality as Frimpong Manso and many Ghanaian football loving fans believed that when partnering the two at the back, they you can go to sleep, because your defensive area will be protected so far as they play together. Armah won three Ghana Premier League titles with Hearts of Oak.

David Duncan preferred the Ashgold duo of Yaw Acheampong and Adjetey Lee in his central midfield.

Yaw Acheampong was a box to box midfielder. He was both good offensively and defensively and he could give incisive passes. He controlled the midfield by retaining play and breaking the flow of his opponents play. He was the skipper of the Goldfields team (now AshGold) that won the 1993/1994 season.

Adjetey Lee was an attacking midfielder, who linked very well with the strikers. The former Ho Voradep midfield was part of the AshGold team that won the Ghana Premier League for three consecutive seasons.

On the right and left midfield are Charles Taylor and Bernard Dong Bortey, respectively. The duo have been trending recently in a debate among fans as to who was the better of the two during their prime.

Charles Taylor was delight to watch with his effective, dribbles and runs. Many rate him as one of the best dribblers Ghana have produced in the past 20 years. He added goal scoring too to his play emerging as joint GPL top scorer in the 2002 with 18 goals.

After joining Hearts of Oak from Great Olympics he won three Ghana Premier League titles, before moving to Kotoko in 2003. The mercurial midfielder helped the Kumasi giants to win their first Ghana Premier League in his debut season, following a controversial transfer saga which prolonged for some time before it went through for GHC 120,000 (Still Ghanaian record for transfer between two clubs on the domestic scene. He was part of the Hearts of Oak team that swept everything in 2000, won the CAF Champions League, Ghana Premier League and the FA Cup, which was a historic treble.

Dong Bortey ‘the Serial killer’ he was remarkable in the Ghana Premier League and the toast of most Hearts of Oak fans. He carved a niche for himself as a big game player, especially his influence in Hearts games against their rivals Kotoko was second to none.

Bortey also had a short stint with Aduana Stars.

Emmanuel Oseir Kuffour, he is arguably the greatest player in the Ghana Premier League history. He started playing in the GPL in the 1993/1994 with Dwarfs as a defender, before he was converted into an attacking midfielder. He featured in the GPL until the 2007/2008 season when he won the league with Asante Kotoko, making him the longest serving player in the professional league.

He won five league titles with Hearts of Oak and a league title with Asante Kotoko, making him one of the most decorated players in the GPL.

Mahatma Otoo joined Hearts of Oak from Sporting Mirren. He joined the Phobians after their golden generation, so despite failing to win the league, his he distinguished himself on a personal level and won the Ghana Premier League top scorer in the 2012/2013 season, bagging 20 goals in the process.

He was a tormentor in chief and a torn in the flesh of most defenders. He had a trade shooting skills that put fear in a lot of goalkeepers.

One common thing that cut across all the players selected by David Duncan is that they all had the chance to play for the Black Stars at one point or the other.

The Ghana Premier League all-time XI is a campaign by Pulse Ghana to settle on the finest players who have paid their dues to domestic football in the country since the inception of professional football on 19th December, 1993.

Ghana Sports Historian and Statistician Thomas Freeman Yeboah in his research came up with about 50 players who have been outstanding in the Ghanaian topflight league from 1993 up to date.

The list was presented to Coaches, retired and current football administrators and journalists and other well-meaning sports enthusiasts to help the exercise.

They were however, at liberty to include any player whom they consider worthy of a place in the team, though not captured in the pool of prospective players for the Ghana Premier League all-time XI.

(1) Players who have excelled during the period from 19 December 1993 to date were considered.

(5) Silverware won by the players

(7) National team assignment for the player during this period.

It should be noted that the views of about ten renowned coaches, journalists, football administrators have been taken into consideration in our quest to establish the Ghana Premier League finest XI of all-time.

The next Ghana Premier League all-time XI will come from coach of the Black Stars B Ibrahim Tanko.