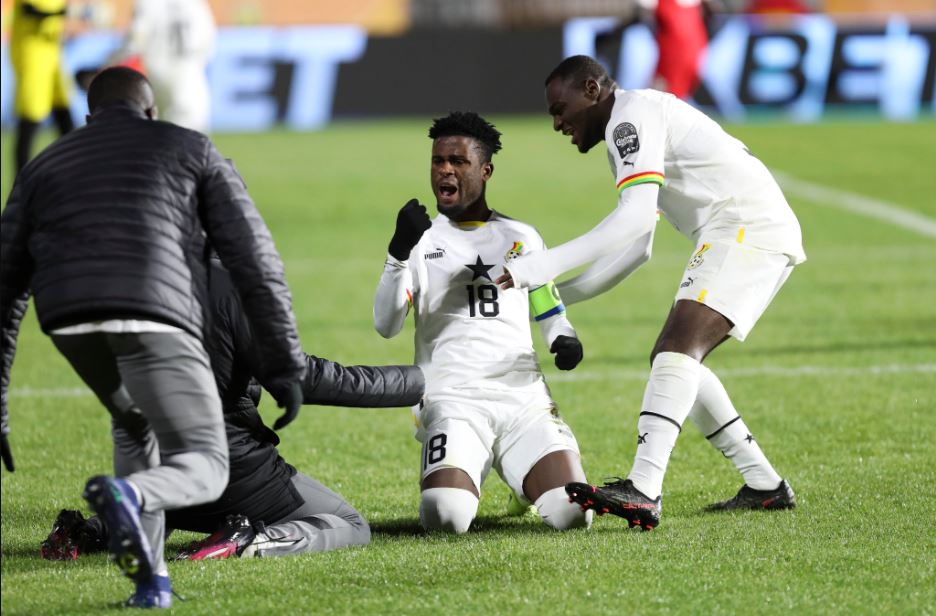 Daniel Afriyie Barnieh is set to miss the next two games if the Black Galaxies progress after seeing red in the win over Sudan.

Ghana beat Sudan 3-1 to keep alive their hopes of progressing past the group stages.

The victory was however marred after talismanic forward Barnieh late tackle saw him receive a red card following VAR checks.

Barnieh was a constant threat for the Sudanese defense and opened his account for the tournament with a well-taken penalty.

He also had a goal disallowed for offside following a long VAR review.

The new FC Zurich recruit is now set to watch from the stands should the Galaxies make it past the group stages as coach Annor Walker cannot count on the services of his forward.