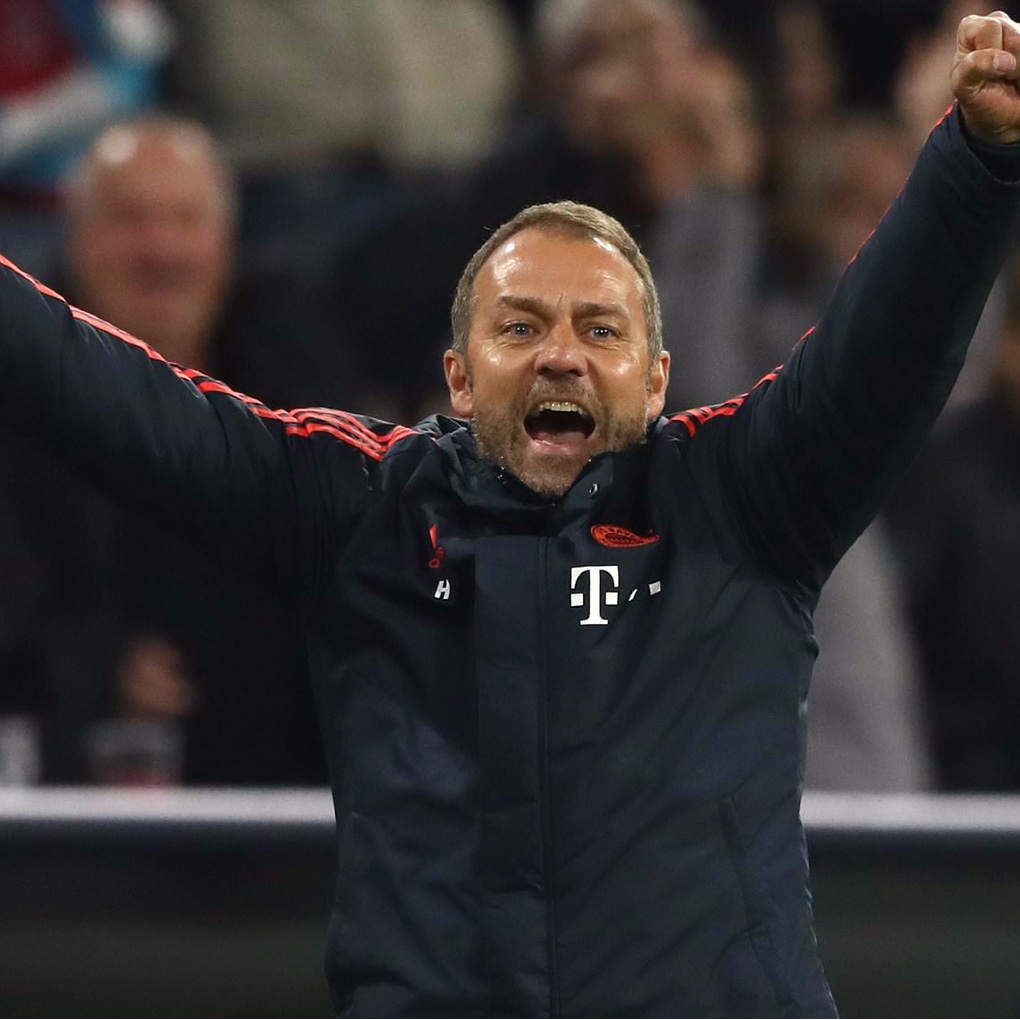 Hansi Flick has been named as the Bayern Munich head coach on a permanent basis, signing a three-year contract with the Bundesliga record champions.

Flick originally took over at the Allianz Arena following the departure of Niko Kovac in November and has proven a popular choice with players and fans, overseeing 18 wins in his 21 competitive matches in charge, during which Bayern have scored 65 goals at an average of over three per game.

“I look forward to tackling the upcoming tasks together with my coaches and the management team,” said Flick. “The conversations with Karl-Heinz Rummenigge, Oliver Kahn and Hasan Salihamidzic were very good and characterised by great mutual trust. Together we have defined the direction for the coming years. I’m sure that we can achieve a lot together.”

The 55-year-old’s rate of 2.46 points per game is also the highest of anyone to take charge of more than five matches for the Munich club, guiding the eight-time defending champions back to the top of the table, to the DFB Cup semi-finals and into a commanding position in their UEFA Champions League last-16 tie with Chelsea.

It’s Flick’s first role as a permanent head coach since he left Hoffenheim in November 2005 after over five years with the club, guiding and establishing the Sinsheimers in the third tier and leading them into the DFB Cup for the first time.

“It’s important for FC Bayern that a coach also understands the club’s philosophy,” added CEO Oliver Kahn: “Hansi was a player at Bayern, he was an assistant coach; now he’s permanently head coach. It’s a good progression. Hansi knows the mentality of the club, he knows that FC Bayern is measured by maximum success and I’m pleased that we can now develop the club’s culture together with him in the coming years.”