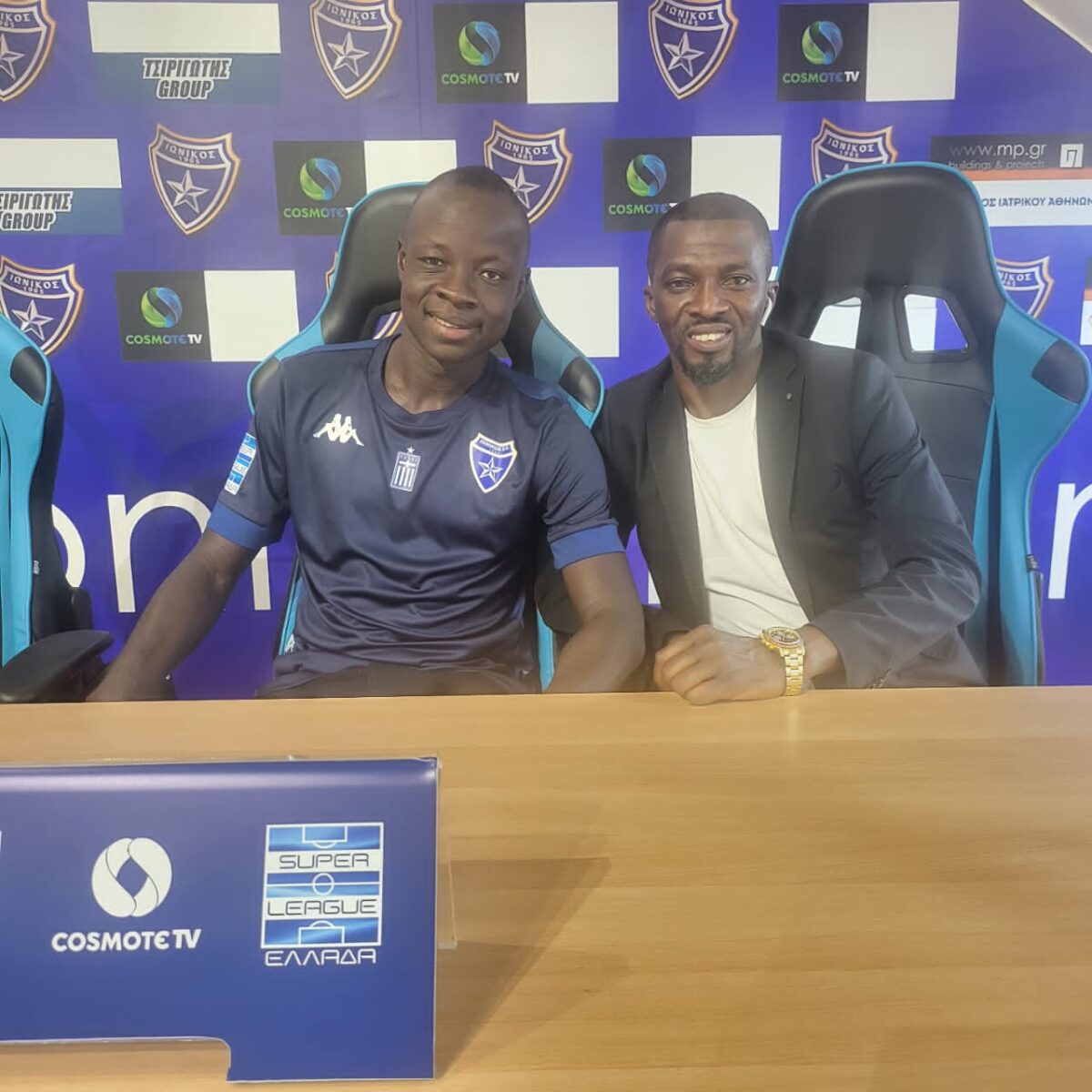 The former Juventus youth player joins the Greek side on a permanent deal after completing his paper work this morning.

Ionikos, finalist in the 2000 Greek super Cup have spent 16 of their 18 seasons in the top-flight.

They’ve however started poorly in the current campaign after recording just one point in the opening five games of the season which has left them bottom of the league.

The addition of the midfielder to the team is expected to kick start their campaign as they hope to retain their status in the top flight of Greek football.

They play away to 4th place AEK Athens in their next game after the International break.