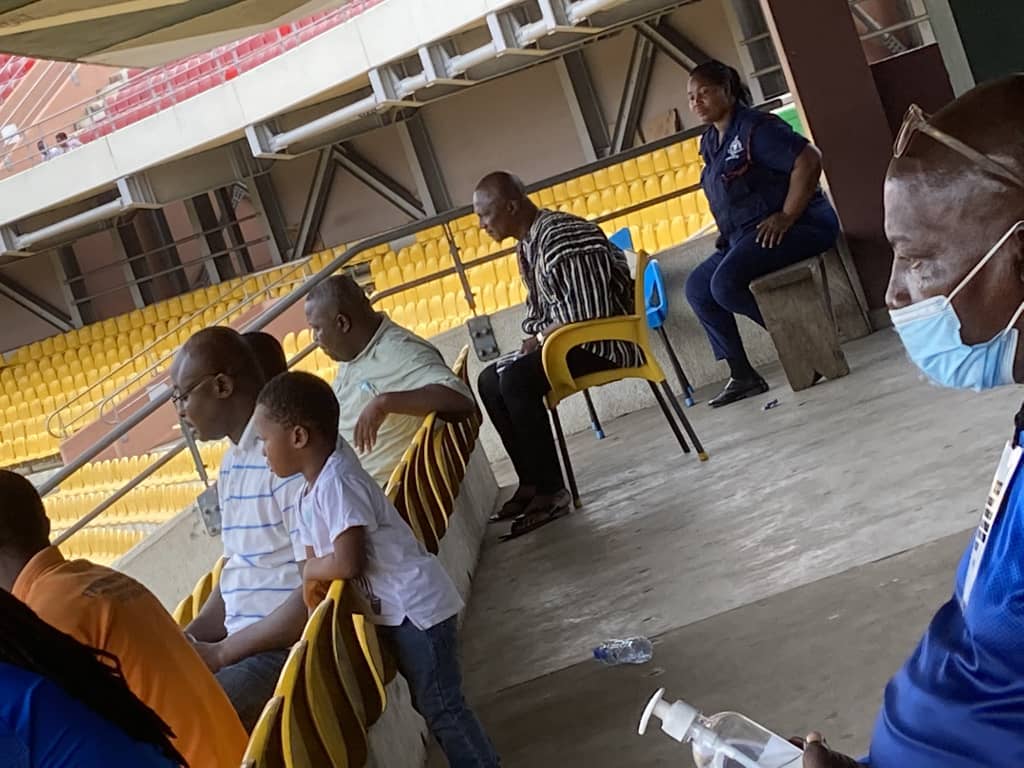 The Porcupine Warriors club is currently not having a head coach after the management of the club took the decision to sack coach Maxwell Konadu last week.

While the chase for a new head coach continues, the name of Coach Kwesi Appiah has been thrown into the mix.

Prior to today’s match against Al Hilal, sources reported that the gaffer would be providing technical support to the team.

This afternoon, coach Appiah has been seen at the Accra Sports Stadium watching the game.

It is unclear whether he is indeed a candidate for the vacant Asante Kotoko head coach or not.

Reports have it that a new head coach could be announced before the end of the week.