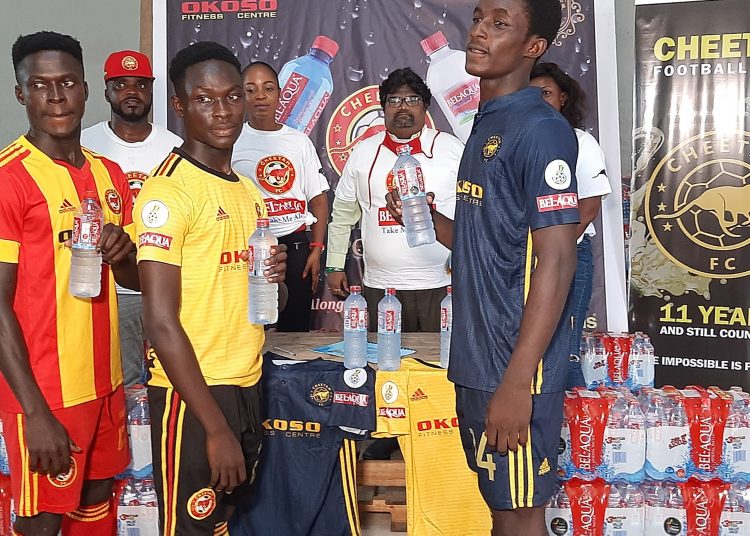 Bel-Aqua mineral water has agreed a one-year sponsorship deal with Kasoa base Division Two side, Cheetah FC worth 12,000 bottles of water to the club for the year.

Speaking to Citi Sports, the President of Cheetah FC,  Abdul Hayye-Yartey said the partnership is the beginning of better things for the club.

“This deal is an important one for us as a club and particularly as a Division Two team. In Ghana, it is very difficult for a company to jump on board to sponsor a club in the lower division and I’m glad Bel-Aqua has decided to be with us for the year.

“This deal, hopefully is the beginning of bigger things for the club as we seek to change the status quo.”

Adding to his remarks, the club’s president said it is difficult running a second division club particularly in the period where football at the lower tier has not been active since 2018.

“After the Anas exposé, everything came to a halt and since then there has not been any kind of football in the system.

“However, it has not really affected us because the aim of the club is to house these players, train them and sell them to clubs so that make up for the losses of not playing football at that level.”