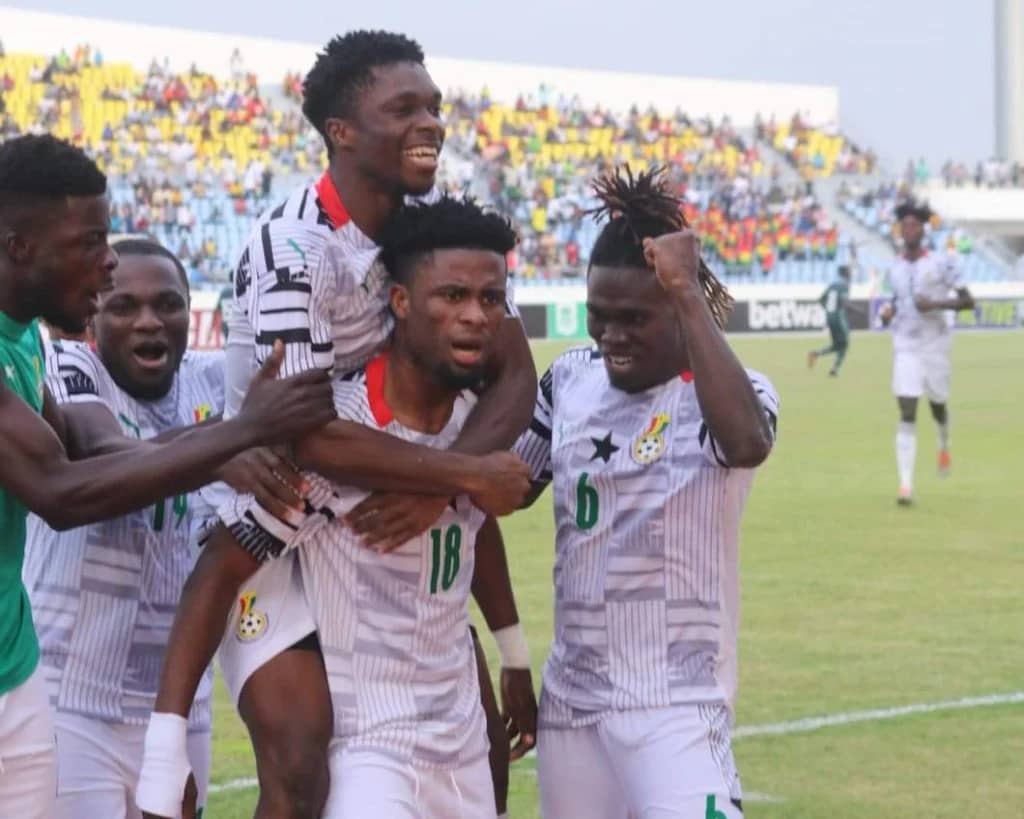 The Black Galaxies came from behind to beat Sudan 3-1 in their second game in the on-going CHAN tournament.

Ghana risked being knocked out in the group stages following their 2-1 loss against Madagascar in the opening game.

Coach Annor Walker’s side however responded with a deserved win against Sudan after falling behind mid-way through the first half.

Konadu Yiandom drew parity for the Galaxies before the break in a half where the side were second best to the Sudanese.

Ghana returned from the break the better side and took the lead through captain Daniel Afriyie Barnieh.

The Accra Hearts of Oak forward coolly slotted home from the spot-kick after winning a penalty following a review by the referee on the pitch side monitor.

The Galaxies had a goal ruled out for offside as Sudan threatened for an equalizer but were denied by an inspired performance from Danlad Ibrahim.

Substitute Suraj ensured the points were in the bag and help the Galaxies claim an all important win in their bid to secure qualification in the next round.