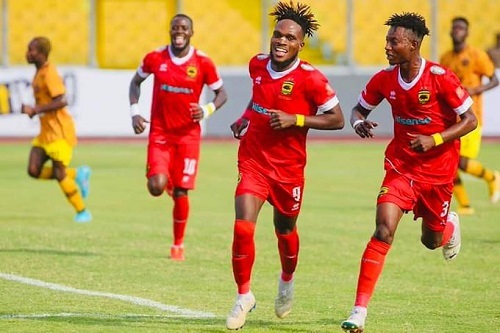 Kumasi Asante Kotoko miss the chance to go on top of the Ghana Premier League as they were held to a 1-1 draw away to Tamale City.

The Porcupine Warriors thought they had secured maximum points after they took the lead in the 84th minute through Nyaabila’s own goal.

Babamu drew parity two minutes later to give the hosts a deserved equalizer in a dramatic end to the game.

The results means Kotoko have failed to win in each of their last three games and have missed the opportunity to move on top of the table ahead of Aduana who do not play until later today.