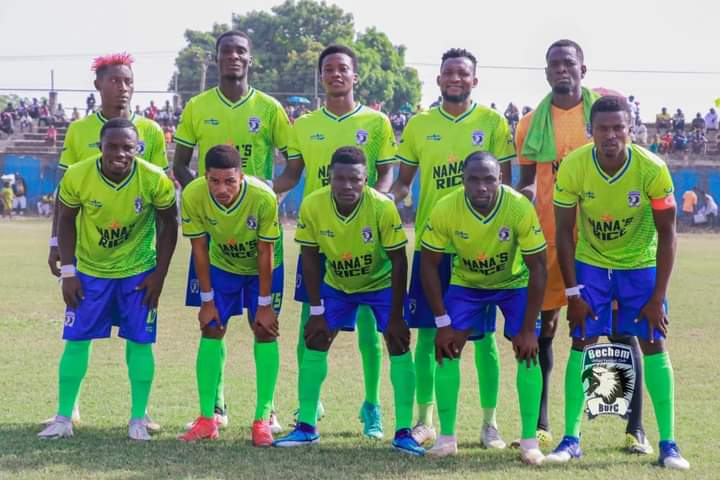 Bechem United beat Kotoko 2-0 at home to end their unbeaten start to the season.

The hosts scored in each half to beat the defending champions and make it two wins in a row in the league.

Kotoko went into the game on the back of a moral lifting derby win against city rivals King Faisal.

However it was Bechem who started well and scored from the spot through defender Kofi Agbesimah after the Porcupine Warriors were penalized for a hand ball.

Forward Emmanuel Avornyo added a second to seal the win for the home-side and ensured they won back to back games for the first time season.

Kotoko will hope to return to winning ways when they host Samartex while Bechem play away to Karela in their next game in the league.