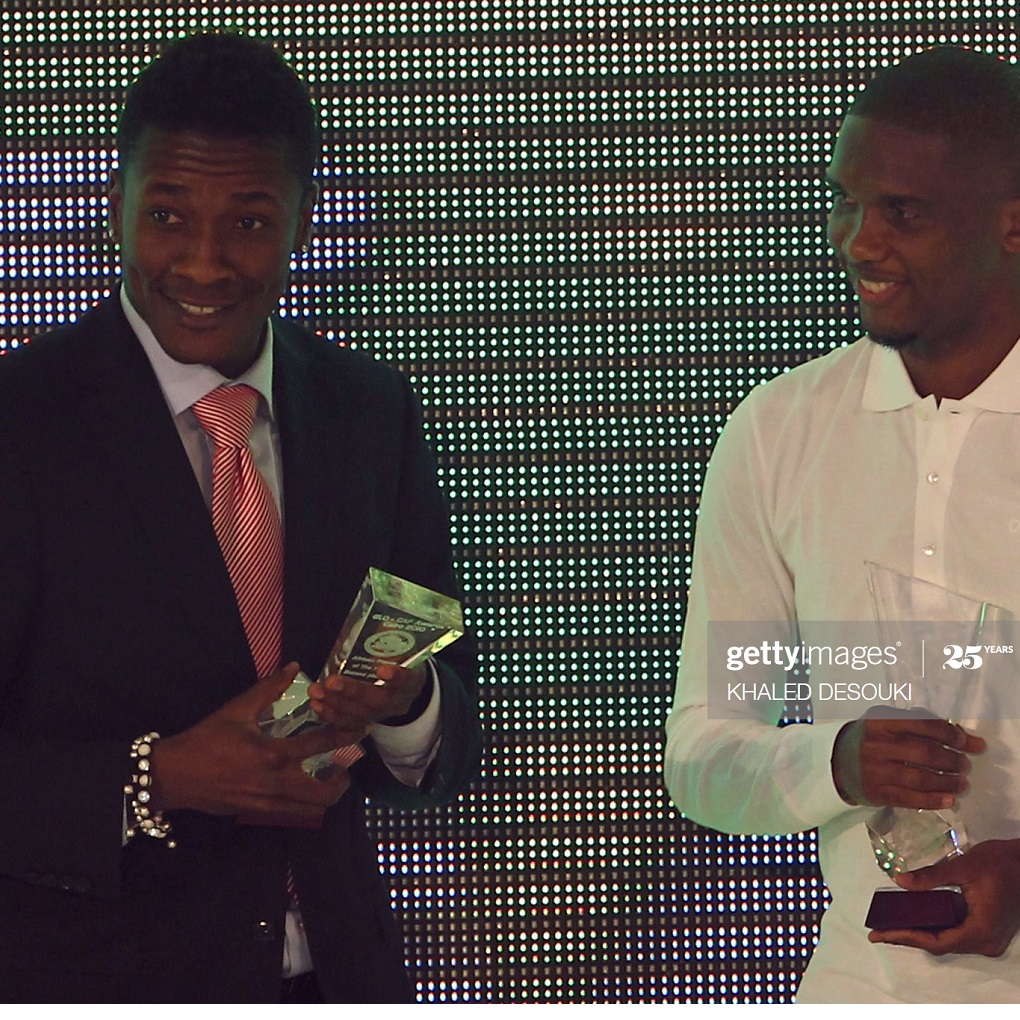 Asamoah Gyan has claimed he deserved to win the African best player ahead of Samuel Eto’ and Yaya Tpure in 2010 and 2014 respectively.

The Ghana striker finished second behind Samuel Eto’o in 2010 after playing a huge role in Ghana’s impressive run at the World Cup in South Africa and did not even make the top three as Yaya Toure won the award in 2014.

It was reward for 12 months of brilliant individual performances, but an aggrieved Gyan questioned the voting criteria insisting he was the best player on the continent in both years.

“Sometimes I don’t know how they vote it, but I still think I should have won it in 2010 and 2014 because I deserved it” he claimed.

“I did everything I was scoring goals, I was on top of my shape, I was doing everything you can check the stats” he continued.

However, Gyan consolation in the fact that he won other individual awards such as BBC African Footballer of the Year. He also made CAF team of the year in 2010, 2013 and 2014.

“Sometimes I feel like there were a lot of players who were even better than me and they didn’t get to there”.

“But at least I was able to win the BBC African Player of the Year, it was one of my (most) prestigious awards in my career. I was second in the CAF Awards”.

“I placed second behind one of the greatest African players, Samuel Eto’o, Drogba was third”.

“Being on (the stage) with these great legends, great giants, I still feel proud of myself and still feel great” he concluded.

Gyan is Ghana’s all-time leading goal scorer with 51 goals and is Africa’s top scorer in the history of the World Cup with six goals.