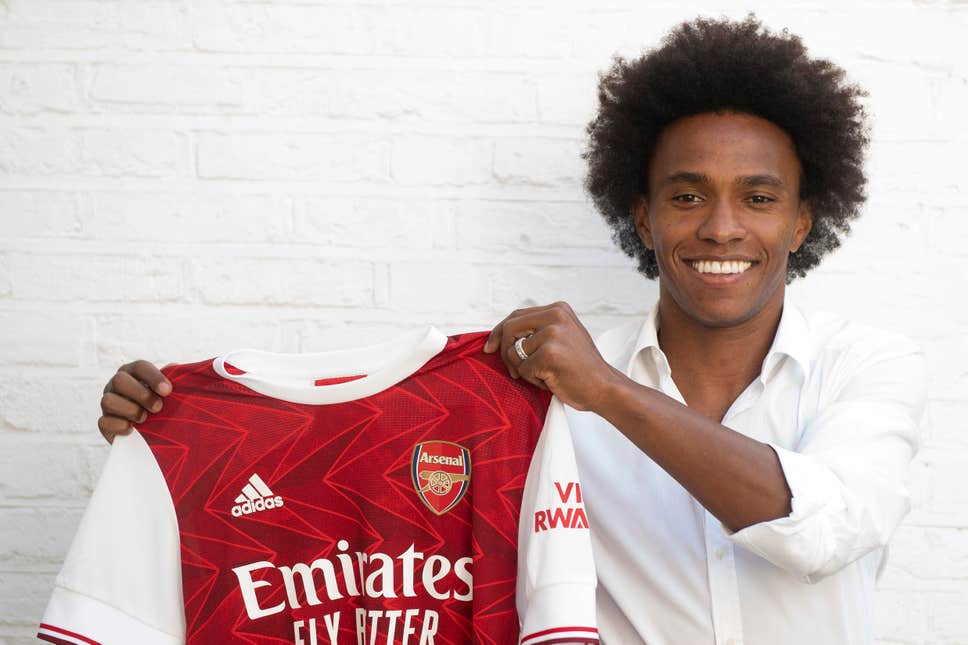 Arsenal completed the signing of Willian on a three-year deal on Friday after the Brazilian winger’s contract at Chelsea expired.

The 32-year-old won two Premier League titles, an FA Cup, a League Cup and the Europa League during seven years with the Blues, but moves across London on a free transfer with Chelsea unwilling to offer the multi-year contract he desired.

“I believe he’s a player that can really make a difference for us,” said Arsenal manager Mikel Arteta.

“He has the experience of everything in the football world but to still have the ambition to come here and contribute to bring the club where it belongs. I have been really impressed with all the talks I have had with him and how much he wanted to come.”

Willian sat out the FA Cup final when Arsenal beat Chelsea 2-1 earlier this month due to injury, but said the impact made by Arteta in his first season in management encouraged him to join the Gunners.

“I think that with Arteta, Arsenal have a great opportunity to fight again for titles in the Premier League and in Europe so I’m very happy because of that,” said Willian.

Although Arsenal will not have to pay a transfer fee, the move for Willian, who is reportedly set to earn £200,000 ($261,000) a week, has been criticised just a week after the club announced they are planning to cut 55 jobs due to damaging economic impact of the coronavirus pandemic.

Willian is also the latest client of super-agent Kia Joorabchian, whose influence over the Arsenal board has been a source of concern for supporters, to arrive at the Emirates.

However, the 70-time capped Brazilian international was one of Chelsea’s standout performers after football’s return from the coronavirus shutdown to help Frank Lampard’s men secure a place in the Premier League’s top four.

“I know him very well, since a long time ago because we’ve been working together for the Brazilian national team and of course I was following him because he played for another club,” said Arsenal’s technical director Edu.

“He has a lot of fantastic attributes as a person, as a football player of course, his character. I’m 100 percent sure that everybody in the dressing room, the fans, myself and Mikel will enjoy having Willian in our side.”