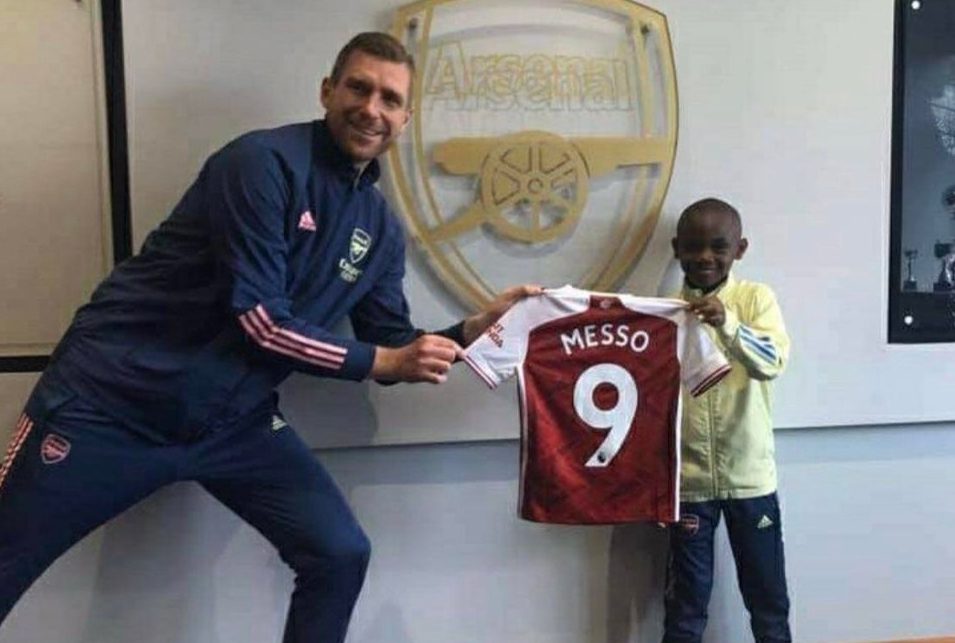 Arsenal have signed 10-year-old wonderkid Leo Messo, presenting him with a special FIFA card upon his arrival.

The young prospect was given a tour of the academy set-up and met former Gunners centre-back Per Mertesacker in the process.

Mertesacker is the current academy manager of Arsenal and so will oversee the progression of their newest recruit.

The pair had a photo taken together as Messo held up a personalised Arsenal shirt with No9 on the back.

The young Kenyan wore an Arsenal tracksuit while being shown around his new club.

The Gunners have an impressive reputation for bringing academy players through in recent years.

Current first team stars such as Bukayo Saka, Emile Smith Rowe and Eddie Nketiah have all come through the youth team at Arsenal.

Super Falcons to kick off invitational tournament in June