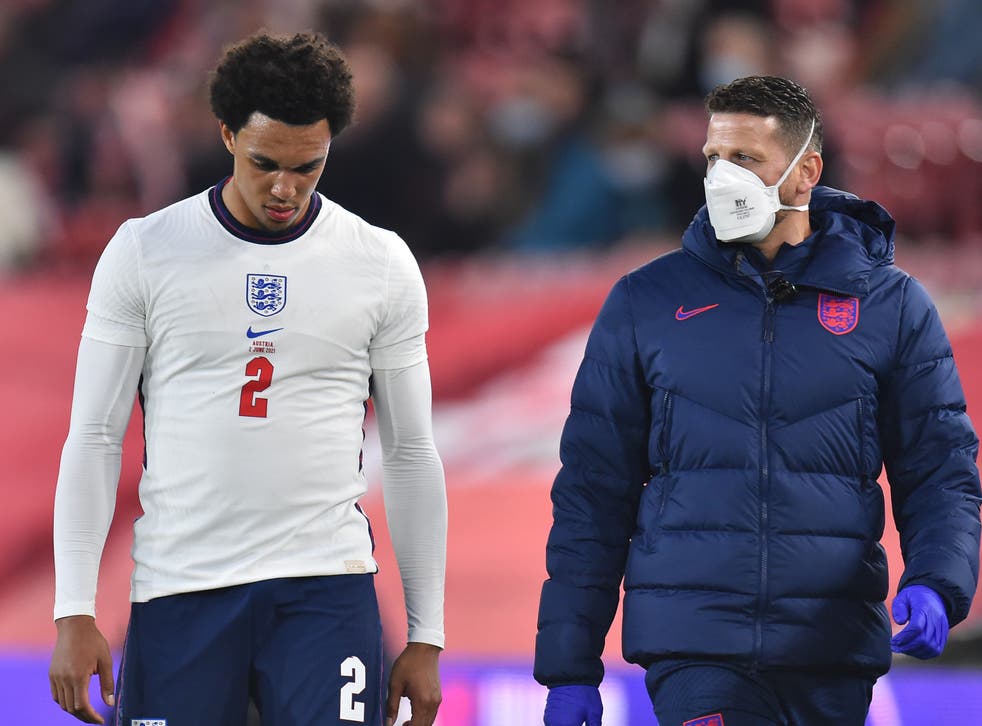 England will assess the injury to Trent Alexander-Arnold in the next 24 to 48 hours, says boss Gareth Southgate after their 1-0 Euro 2020 warm-up win over Austria in Middlesbrough.

Alexander-Arnold’s inclusion in England’s Euro 2020 squad as one of four right-backs was a major talking point – but his tournament could be in doubt after he hurt himself making a late clearance.

“It’s not a good situation that he’s had to walk off in some discomfort,” Southgate told BBC Radio 5 Live.

“We’ll know more details in the next 24 to 48 hours. It looks like a thigh injury – in terms of the full extent, we don’t know yet.

Southgate did not want to be pressed on who would replace the 22-year-old Liverpool player in his 26-man squad if he has to pull out.

“Let’s see how Trent is and then we’ll go from there,” he told ITV.