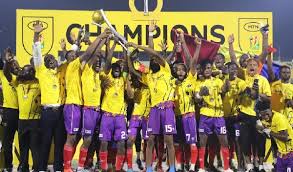 Accra Hearts of Oak have called for investigation into comments made by Mr. Albert Commey regarding match fixing allegation involving the club.

Commey, the deputy CEO of Ashanti Gold alleged in an interview that the final day match involving Hearts and Real Tamale United was manipulated.

Meanwhile the MTN FA Cup winners have released a statement to rebuff his claims and called the GFA to investigate his wild allegations.

”We wish to confirm that we never played a match of convenience against RTU. Consequently we have requested the GFA to invite Mr. Albert Commey and investigate these allegations to ascertain the truth and take appropriate actions”. the statement read.

Confirmed: Richarlison join Spurs on a five-year deal from Everton