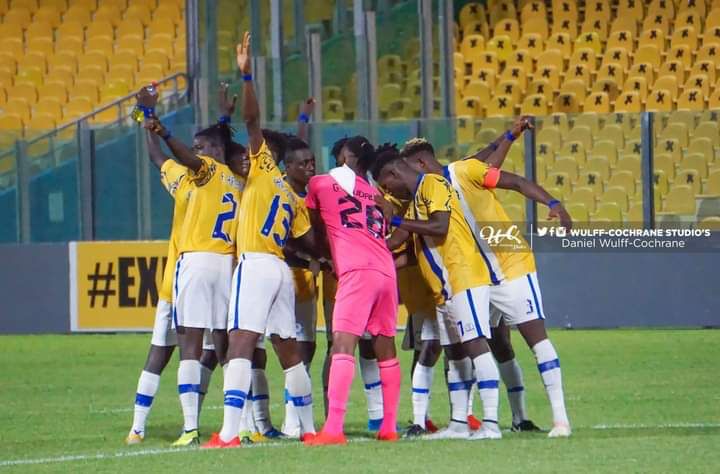 Accra Great Olympics ended their bad run of form with a 2-0 victory over new entrants Bibiani Gold Stars at their newly adopted home-turf in Sogakope.

Olympics were playing away from the Accra Sports Stadium for the first time this season following renovation work at their favorite home ground by the National Sports Authority.

Coach Annor Walker’s side have come under increasing pressure lately following a bad run of form-where they have won just one of their last five matches.

Goals from Akaminko and Maxwell Abbey Quaye gave the Dade boys a deserved victory over the premier league new boys to help ease the pressure on Coach Annor Walker.

The match is the first of nine matches to be played in today’s mid-week fixtures across the country.

[VIDEO]: Awako reveals reason behind his goal against Elmina Sharks