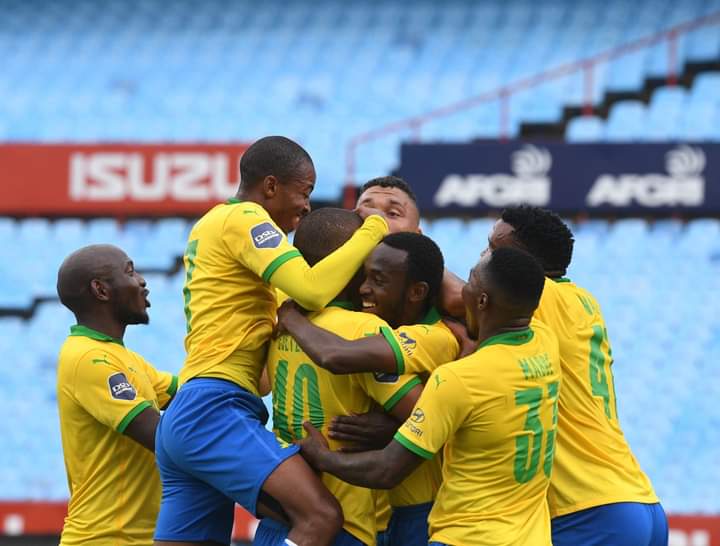 Mamelodi Sundowns are CHAMPIONS of South Africa for a record 11th time after beating SuperSport United 3-1 in Pretoria. The Brazilians have won the championship for the 4th time in a row with a 10-point lead with three matches to end the season.

Mamelodi Sundowns directed the disappointment of their CAF Champions League elimination behind them with a resounding 3-1 victory over a 10-man Supersport United side to defend their DStv Premiership title on Wednesday, 26 May.

Needing a win to clinch their fourth consecutive and 11th overall – title, Mamelodi Sundowns were gifted an early boost when DR Congo striker Guily Manziba was red-carded in the eighth minute.

The Brazilians could even afford a missed penalty in the 54th minute by Zwane and a late consolation goal by Teboho Mokoena.

Mamelodi Sundowns moved 10 points clear of second-placed AmaZulu with only three matches – and a maximum of nine points on offer – remaining for both sides.

Nigerian,Theophilus Ugwu sentenced to DEATH for smuggling Drug in Vietnam.